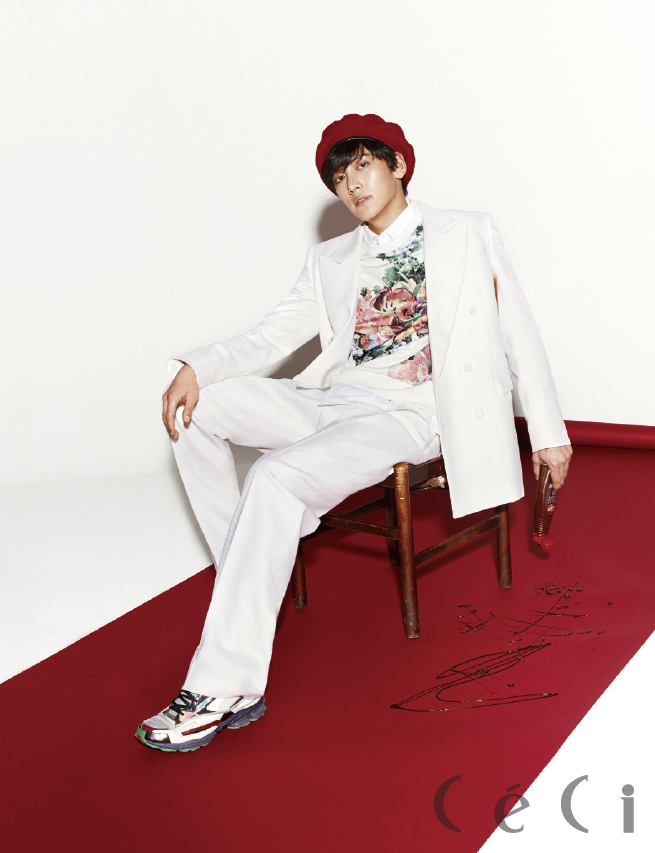 Note: Lines in bold are questions from the interviewer. Anything in brackets with a * are additional comments from me.

When I think back on how worried and vexed I was in the beginning, it seems like a lot of time has since passed. It’s fortunate that the audience like “Empress Ki” and I’m thankful for that. Although the weather is cold, the atmosphere at the set is very warm thanks to everyone.

Ta Hwan is a 3-dimensional character with emotional highs and lows.

Recently, there have been many nicknames such as Jealous Ta Hwan, Childish Ta Hwan and Serious Ta Hwan. The position of an emperor is such a lonely and tiring one. Because he is powerless, he lives surrounded by jealousy and evil scheming. He displays immature and foolish behaviour because he is vulnerable. He hasn’t been loved, doesn’t know how to love and has no idea what love is. Isn’t he very pitiful?

As a man, do you approve of a guy like Ta Hwan who can arouse the maternal instinct of women?

When your heart keeps going towards someone, one can get confused whether it is because of liking that person, because of concern out of pity or because of sympathy. In the long run, it could even become love. That’s why it will be good if Seungnyang will come to like Ta Hwan.

Are there any similarities or differences between Ta Hwan and yourself?

All my characters filter out through me. Although I can’t pinpoint exactly, parts of Ta Hwan’s childishness, jealousy, anger and sadness come from my inner self. Through the character, those feelings are expanded and drawn out from within?

So you are like Sun Wukong in “Flying Superboard” who can split himself into clones by plucking his hair. (*Flying Superboard is a Korean animation that is based on the characters in the Chinese tale Journey to the West)

That’s right (laughs). There is catharsis in playing immoral characters sometimes. For example, when I have to act angry, I feel much better when all these suppressed feelings are released. My heart feels lighter after I exert all my strength. That’s why rest is important to an actor. You need to regain back all those emotions that you have lost so that you can use them again when you act.

What is rest time for actors?

A time to break free from your previous character. It’s also a time to prepare for your next role. Breaks are very short. That’s why when there’s time, I will go out of the house to mix around with people.

I recall a past photo of you in the subway being a hot topic.

I’m worried that I won’t be able to gain experiences needed for acting if I don’t do anything. There are many details of life that you can discover when you mingle with people. It is also interesting to witness and listen about the different life experiences of people. Because every person is different from the other.

Good for you. Looks like you’ve found a job that suits your personality.

I really love my job a lot. Of course, there are tiring and stressful moments. But it’s the same for every job. There’s no retirement age for actors either. The flower grandpas are so cool to be able to do what they love for so long (*he’s probably referring to the senior actors in Grandpa Over Flowers). It would be really good if I can be like them too.

Do you feel a sense of pride (?) when you hear people calling you an actor?

It would be great if that’s the case. It is embarrassing to be called an actor at a young age. Do I really qualify to be one? When I first joined the movie and theatre course, the word “actor” in itself seemed like a very artistically loaded term to me. But these days, it doesn’t feel awkward even when I say it myself. I hope that burden can become my self esteem as an actor.

You have a steady string of works in your filmography.

Since 2008, I’ve been doing one show per year with 3 musicals in between and even received awards. I’ve done a wide range of works from daily drama, weekend drama, sageuk to short films and mini-series. I was lucky. I got to meet great people and also great projects thanks to that. I think the phrase ‘life is 70% luck and 30% skill (運七技三, meaning that success and failure depends more on luck than hard work)’ best describes me.

In another interview, you made a deep impression with your comment that the people remain with you even after a drama ends.

I’m happy to be with such good people.  I have learnt a lot from the seniors. Looking at them, I can imagine how I should live my life from now on and what kind of person I’ll be in the future.

The pleasant junior Ji Chang Wook comes to mind. Having debuted for 7 years, what kind of senior do you see yourself as?

I usually work with seniors in my projects so there are not many juniors around actually. I’ll recall the past when I do get to see these juniors sometimes. I am very careful in offering advice to them because some people might think that I’m interfering or nagging at them.

Is there any advice from a senior that you keep close to your heart?

When I just debuted, I really felt like giving up because I kept thinking I had no talent. I really cried a lot back then. Then I met actor Cho Jin Woong hyung from “My Too Perfect Sons”. We really racked our brains worrying about our acting. He often said “Although we have an 11-year age gap, we are friends who share the same concerns”, and I could feel the warm friendship between us. We got to learn so much from hyungs Son Hyun Joo, Lee Pil Mo and Han Sang Jin, it is impossible to count.

At the mid-point in your career, how will you evaluate yourself as an actor?

It’s always such a pity because there are worries and regrets. Filming a drama is always a race against time. It is hard to bring myself to ask the staff for more time just because I am unable to put 100% of my emotions into my acting. You really need to give your full concentration at that moment. But even if I am given one hour or one month, my heart will still be filled with regrets. I don’t know if this will sound strange, but I think it is good to have a desire borne out of regrets.  If I am 100% satisfied, then there will be no room for improvement.

Although it is a good thing to use regrets as your driving force, there is a high chance that you will be too harsh on yourself.

You’re right. I tend to be very critical about myself.

It will be tiring if you want to be so strict towards yourself.

I do well if I’m strict with myself, or I can also cut myself some slack when I feel tired. I can’t be too harsh on myself everyday if I were to film for 6 months.

What do you do to relax?

If I exhaust my emotions while filming, there will come a point in time where I will be so emotionally drained. Must I really exhaust myself like that? At moments like this, I will look up at the blue sky and the distant scenery and I will feel better again.

Most people see you as an earnest actor and person.

I don’t think I’m more hardworking than others, but at some point in time, I somehow became an earnest youth whom mothers like. Especially when I was filming “Smile Donghae”, I couldn’t even smoke or drink when I’m outside. I couldn’t go clubbing with my friends either. I ended up going into hiding somehow because I was worried. 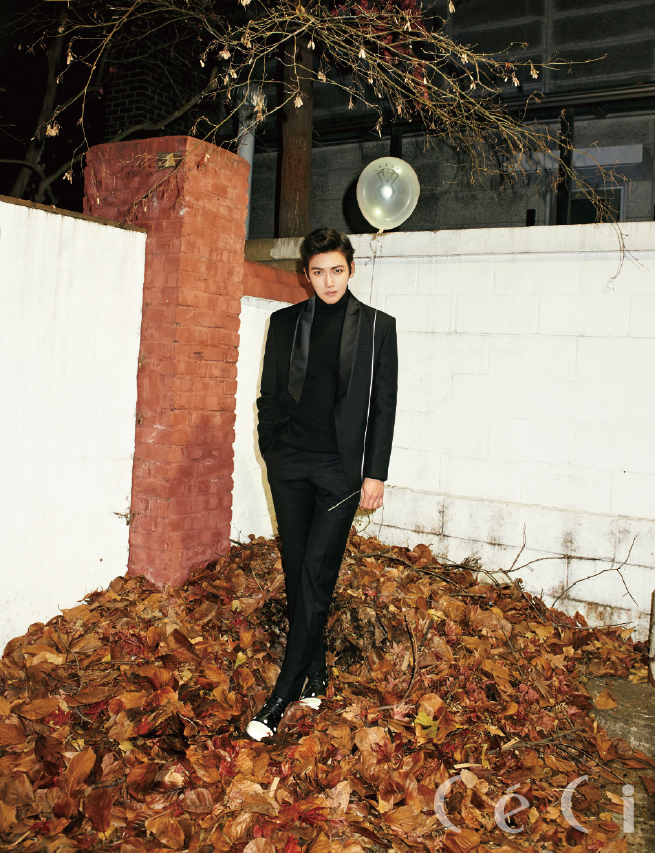 Do you have a way to break away from the public gaze?

I am just who I am. I feel a sense of relief when I think this way. Time helped to resolve it for me in that way. It was the first time that I thought about my image in my time as an actor. That’s how I learnt how important a character can be, how influential the mass media can be, and also a sense of responsibility for acting. I am thankful that people actually saw me as Donghae back then, and now they see me as Ta Hwan. That can be a sign that I acted well. It is fun imagining the kind of roles and image I will portray in the future. Just like how I showed you all a red concept today, it will be good if I can become a versatile actor.

Valentine’s Day is coming soon. Are you earnest when it comes to dating too?

I am the type who will work hard to adjust to match the one I love. I’m really good at that, although I’m very bad at commemorating anniversaries. Actually, I don’t even know when Valentine’s Day is. So it’s in February I see. (Interviewer: What, you mean you have never received chocolates before?) Because I attended all-boys schools in my secondary and high school years, I was always surrounded by boys only. Even when we play soccer in summer, we will just shower together in the toilet. I was so ignorant and reckless last time. When I entered university and went on a field trip with female classmates, I was so ignorant about the opposite sex to the point that I felt so awkward and embarrassed (laughs).

A cheerful girl with a positive mind. No matter what, someone who can be understanding of my abnormal work schedule as an actor. Most importantly, we should communicate well with each other. If I do meet such a girl, I will also be diligent with celebrating our anniversaries and coolly prepare surprises for her, right? 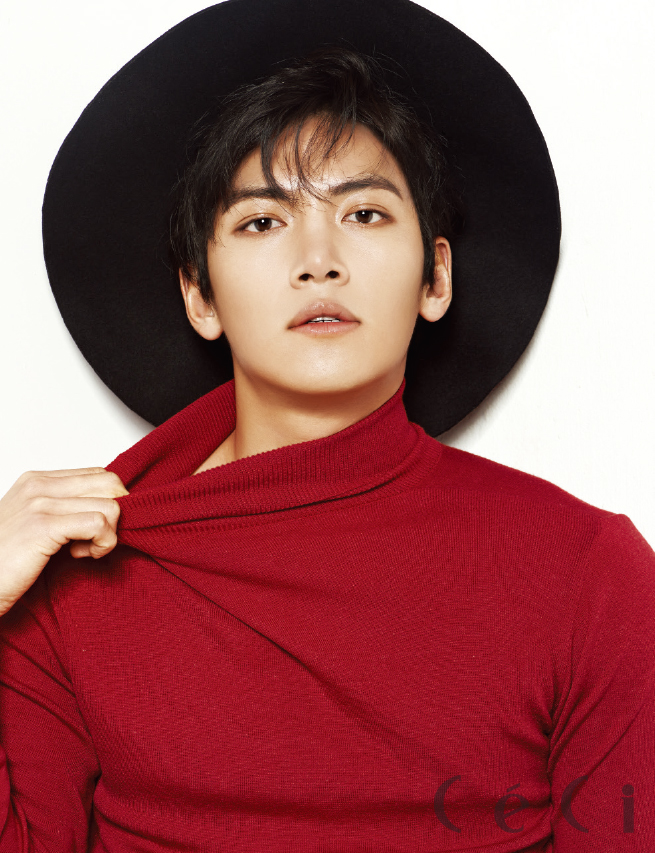