OMO.  We have the fine people at Oriental Brewing to thank for this eye-opener!

A new poster and press reports were released on 28 July in advance of Changwook’s appearance at the Cass Summer Festival TOK Party to be held at the Busan Lotte Hotel Art Hall in Haeundae on 2 August 2014.  As mentioned previously in The Kitchen here, JCW will be signing autographs beginning at 4:30 PM KST (start time pushed 30 minutes) for the fans lucky enough to score that special Golden Ticket.  Also, visitors who have their pictures taken at a Photo Wall set up with a Wookie cardboard standee will have those photos reviewed by JCW himself.  He will then choose 30 of these Photo Wall attendees, and they will have a personal picture taken with Changwook and receive an autograph.  No word yet on whether these abs will be on display or not.  *praying hard they will be*

As to Changwook’s appearance at this “exhilarating ocean party,” we are assuming his presence at the concert will be for the picture-taking with the Photo Wall winners.  (And in case you were wondering, that IS his real body in this promo shot.  Hee!)  We have friends that will be attending the Cass TOK festivities and await with breath held as to what goodies they will bring back for posting here.  Stay tuned! 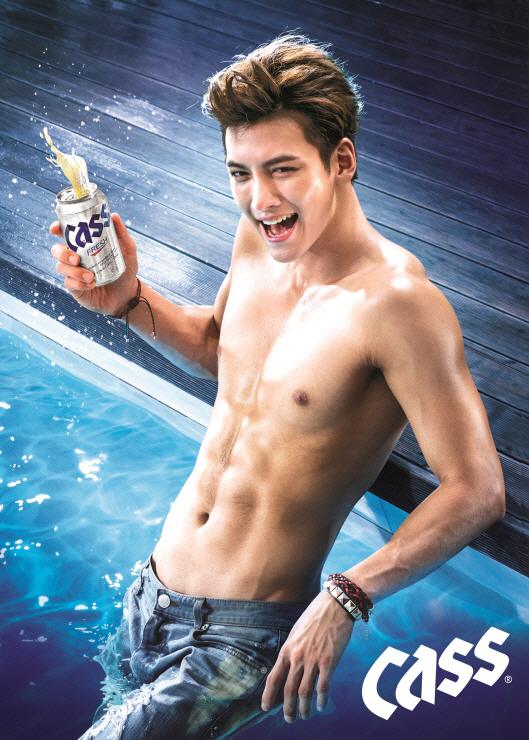