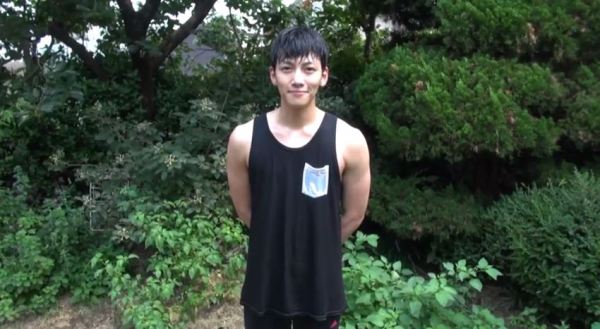 As much as we were hoping he would be able to avoid this, Ji Chang Wook was nominated six times to participate in the Ice Bucket Challenge that seems to be sweeping its way across Korea at present. He sure is one popular guy! And knowing uri Wook like we do, he is not one to turn down a challenge from his sunbaenims!

A little background on this phenomenon:  The Challenge was originally created by pro golfers in the U.S. to raise money and awareness for charities of their choice.  Somehow along the line, the Challenge has been conscripted for various diseases and conditions.  Anyone that was nominated by a Challenger who did not complete their own dunking within 24 hours of being mentioned was required to make a donation to the ALS Association.  It seems that over the past few years, more and more Challengers have been participating to raise money for ALS (Amyotrophic lateral sclerosis, or “Lou Gehrig’s Disease”), and that’s what the K-entertainment world has embraced.

Back to the present:  Ji Chang Wook was nominated by six people over the past week [click names for links to their nominating videos]:  Jang Yoo Jung (the PD-nim and scriptwriter for “The Days” musical), Han Sang Jin (his co-star as “Song Sun Poong” in ‘Sons of Sol Pharmacy’), Jay Lim (his mate in the FC Avengers footie team), Taiwan MC Yu Meiren(于美人), actress Jin Se Yeon (his co-star and love interest “Da Mi” in ‘Five Fingers’)，and singer-actor Alex from Clazziquai Project (who starred with him in the drama ‘Smile Donghae’).

So without further adieu, we give you… THIS.

I’ve been nominated for the Ice Bucket Challenge by Jang Yoo Jung PD, Senior Han Sang Jin and Taiwan MC Yu Meiren, so I got to participate in this meaningful campaign, thank you.

Through this small campaign, I hope that many ALS patients will probably receive much strength from this.

I hope that ALL the fans who love me will participate together, and I nominate the head of my official fan club Im Min Jin as a representative.

I’m also nominating the president of my agency and my mother to participate in this campaign.

Lastly, with so many people participating in this campaign, I hope that ALS patients and all patients will gain much strength from this. Hwaiting!

Now go towel off and get under a warm blanket, sweetie.  You can’t afford to catch a cold right now!