Ji Chang Wook will be holding a fan sign event organised by Northcape, and has also made a donation to the charity foundation, AMIS.

The first 60 people to arrive will receive a 10,000 won Hyungji Group gift voucher (Hyungji Group owns several brands, including Northcape). This event is subjected to changes depending on circumstances.

Meanwhile, it was also reported that Ji Chang Wook and several other celebrities have made donations to the charity foundation AMIS.

AMIS stands for “amicus ad aras”, which is Latin for “friends forever” or “friends till death”. It was formed in 2013 to help the less fortunate children. 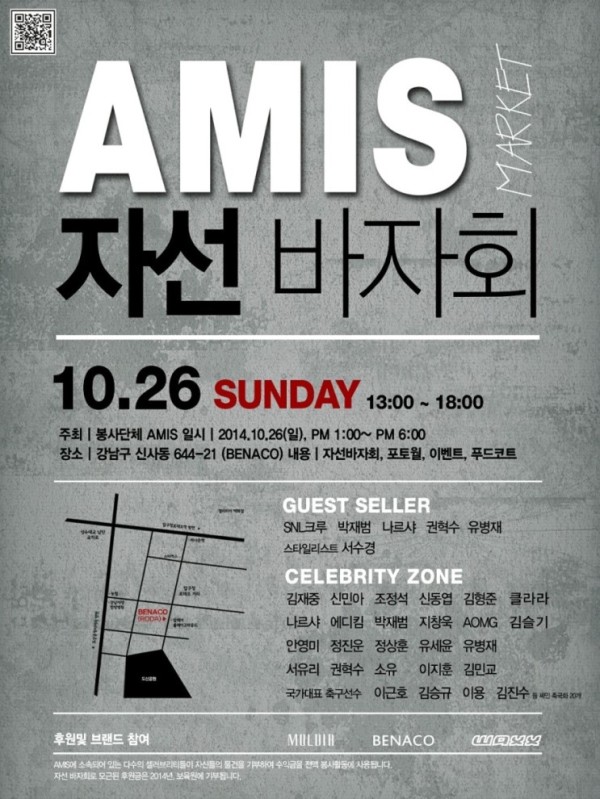 Details of the AMIS charity bazzar are as follow:

It is not clear as to whether Ji Chang Wook will be making an appearance at the event. The press release says that those who come to the bazaar will be able to meet these celebrities, but I think it probably means you get to take pictures with standees of these celebrities at the photo wall. It will be chaos if all these famous stars were to show up at the event! But still, it is worth knowing that Ji Chang Wook still finds time to do his part for charity 🙂