Men’s clothier AD HOC (Ji Chang Wook currently endorses with the company) will be providing sponsorship to the “Healer” production, and was invited to attend the Press Conference held on 4 December 2014 at the Raum Centre.  The company was so kind to share their photos of the event, so take a look!

The lobby of the Raum Centre was festooned with several large photo displays of the cast members attending the event. 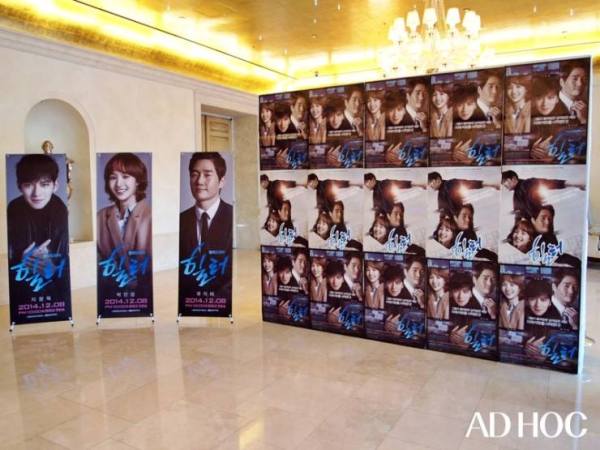 As you may imagine, the Centre was packed with reporters and other media personnel awaiting the presentation of the actors!

The standard press conference swag was presented, with attendees receiving a handsome “Healer” notebook with a synopsis of the drama and character details.

Then it was time for the cast introductions.  Sporting AD HOC clothing from tip to toe, Ji Chang Wook wears that Edwardian look rather well.

So with the cast posing for closing shots, AD HOC wishes the entire cast and crew of “Healer” FIGHTING!