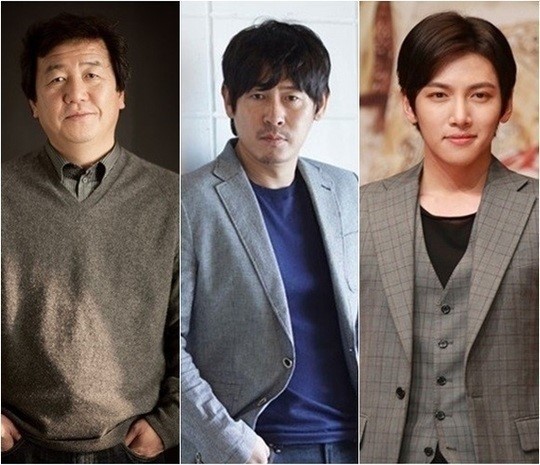 After completing Empress Ki, Ji Chang Wook was due to star in the movie “Two Constables”, but the movie ran into problems so he went on to star in “Healer” instead. After a long period of silence and with the conclusion of “Healer”, news about the movie has started to surface again, and it’s not good news.

In our previous update, we reported that production of the movie was delayed due to financial problems. It seems like the situation has not improved much.

Just a few days ago on 10 February, an initial news report by Sports World stated that production of the movie will not proceed. A movie industry representative was quoted saying, “To our knowledge, director Kang Woo Seok’s movie ‘Two Constables’ has fallen through. It has been facing difficulty due to investment problems. Sol Kyung Gu and Ji Chang Wook have been cast as the two main leads, but the production is being delayed because of revisions to the scenario. Currently, the production schedule is not clear.”

Last year in February 2014, the production/distribution company Cinema Service said they had made an agreement with Jeonju City to construct the set of the police bureau, but no progress has been made in its construction. A representative of the Jeonju Film Commission told Sports World in a phone interview, “After signing the memorandum of understanding (MoU) to construct the ‘Two Constables’ police bureau set, there has been no further progress. To my knowledge, the production is close to being cancelled and it is facing problems because of investment issues. When an outdoor film set has been planned, it usually takes around 2 to 3 months (to build). Even if the production pulls through, it will be difficult to start filming within the first half of this year.”

After this ominous article was published, the various parties involved in the movie came forth to refute the above statement.

The production side revealed the current situation and continued to insist that the script was being revised at the moment. On the same day, a representative told OSEN in a phone interview, “Items in the scenario are still continuously being revised. No actual time frame has been announced for the commencement of filming, but the scenario is still being revised. It is a unique item to director Kang Woo Seok, so it is not true that the movie is not going to be made at all; it’s merely taking a long time. ”

Ji Chang Wook’s agency Glorious Entertainment also spoke to MBN Star, “Nothing has been mentioned about whether the problems regarding the production of the movie have been resolved or not. We are still waiting. Ji Chang Wook and Sol Kyung Gu who have been decided upon internally to star as the leads of ‘Two Constables’ have not received any feedback from the production side. How ‘Two Constables’ is going to proceed will depend on director Kang Woo Seok. Talk about the movie not going to be made has surfaced since last year. If we receive a request from director Kang Woo Seok to participate, Ji Chang Wook’s side will be able to make a swift response. Currently, Ji Chang Wook is waiting and preparing for his next project.”

A representative of Cinema Service told My Daily, “Talk about the movie being cancelled keep surfacing, which is ridiculous. We are still working on the scenario. The production is being delayed and far from being cancelled. We are continuously working on the scenario to improve on the parts that are inadequate. A date for commencement hasn’t even been arranged and filming hasn’t started, so the fact that talks about cancellation keep going on outside leaves me speechless.”

Hmm, is it just me or are all the parties involved sounding very irritated? Maybe it’s a sign that this movie is not meant to be, and Ji Chang Wook should set his eyes on better projects out there.