Ji Chang Wook shows his gentleman image with his unique expressions and stylish suit as the model for the April issue of “The Celebrity” magazine.

In the picture taken under the baobab tree, he looks like a young prince who has become an adult.

In the interview after the photo shoot, Ji Chang Wook said, “My life pattern during my rest period is very different from the time when I was filming. When I’m working, I focus entirely on filming only. I want to play the lead in an action genre, a melodrama or as a broken/ruined character.”

Although “Healer” has ended, Ji Chang Wook is still busy with schedules, travelling back and forth in Korea and Hong Kong. Unlike his perfect image, he shows an amiable personality and an analog side to him. When asked if he looks at fortune or luck, he said “One can live more freely if you face the future without knowing or expecting anything.”

He added, “I’ve been living without a computer for almost 5 years. I only read the script in hardcopy. Since young, I’ve always written down the things I need to do or remember on paper. In that way, I can concentrate better.”

Besides this, Ji Chang Wook also revealed his love for musicals, why he goes menboong (slang for “mental breakdown”) when it is time for him to rest, and the things he likes or enjoys in the 30-question interview found in the April issue of “The Celebrity”.

*The Celebrity Magazine goes on sale 18 March 2015 through all Korean booksellers and online resellers such as Yes24, GMarket and Kyobo Books. The magazine can also be purchased from the magazine’s official website. *

Thanks to Cho Manager for the nice video! 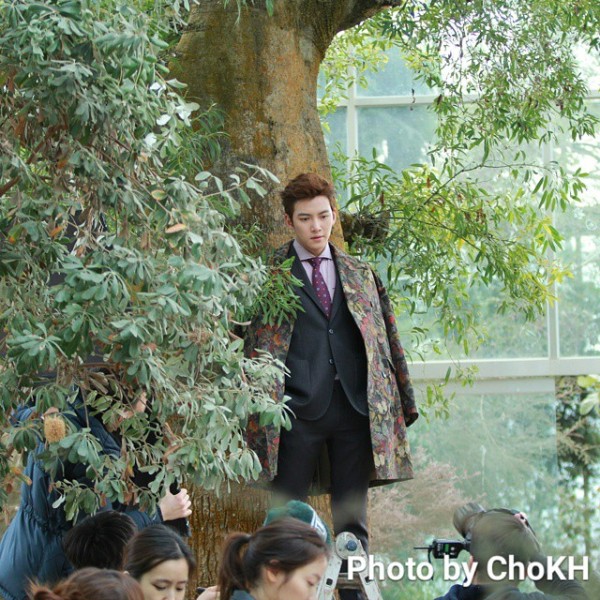 And here are some shots from Glorious