As we previously wrote about in November 2014, a special performance of musical “The Days” was staged on 27 December for the benefit of Ji Chang Wook’s fans.  His management must have been reading our minds, as Glorious Entertainment has uploaded a portion of that performance on their website to share!

The video focuses on a short but much-talked about segment from that night’s performance, where Ji Chang Wook pulled off a hilarious ad-lib.

But before we touch on the ad-lib, a little set-up is needed:  This is the first night that Jeonghak (Kang Tae Eul) and Muyeong (Ji Chang Wook) have been tasked to stand guard at the Korean Presidential Manor (the ‘Blue House’).  Prior to this scene, Jeonghak has to change from a goofy costume to his regular suit and join Muyeong in front of the house where a woman known only as “She” resides.  As the script originally states, Muyeong is trying to coax Jeonghak into going out for a meal instead of guarding the residence, but Jeonghak is hesitant, saying that it would be a dereliction of duty to leave their post.

But somehow while changing from one outfit to another, Kang Tae Eul firmly wedged his shirttail into the zipper of his slacks!  Tae-eul and Chang-wook start whispering between themselves, and Tae-eul runs off stage.  The clip below shows us what happens next…

Jeong Hak ah!
Are you having a hard time?
Quickly finish it!
Are you constipated?
[sits down in frustration]
Jeong Hak ah!
I’m bored!
I’m lonely! 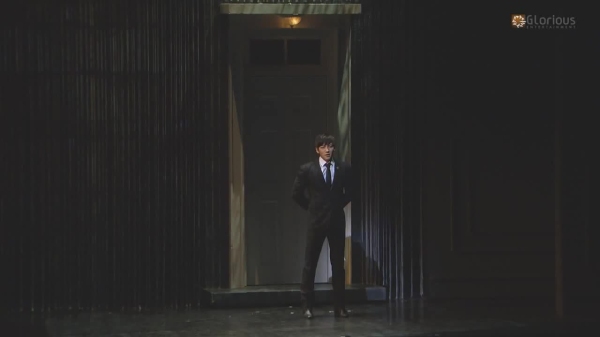 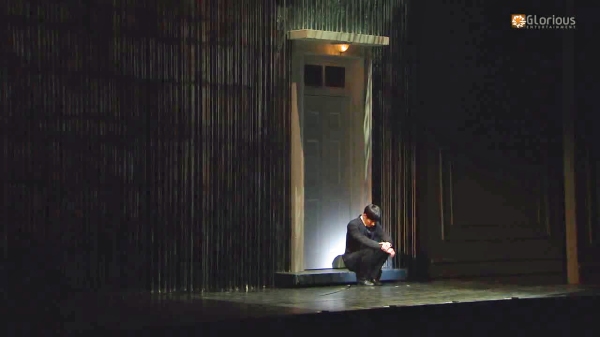 As you saw from the video, Ji Chang Wook covered that awkward moment for Kang Tae Eul by letting Jeonghak make a dash to the toilet as an excuse to fix his pants.  Ji Chang Wook then ad-libbed on the spot, coming up with several impromptu lines that made the audience roar in laughter.  As his Korean fans put it, Ji Chang Wook really has a “diamond heart” seeing how he could react so coolly to unexpected incidents on stage!