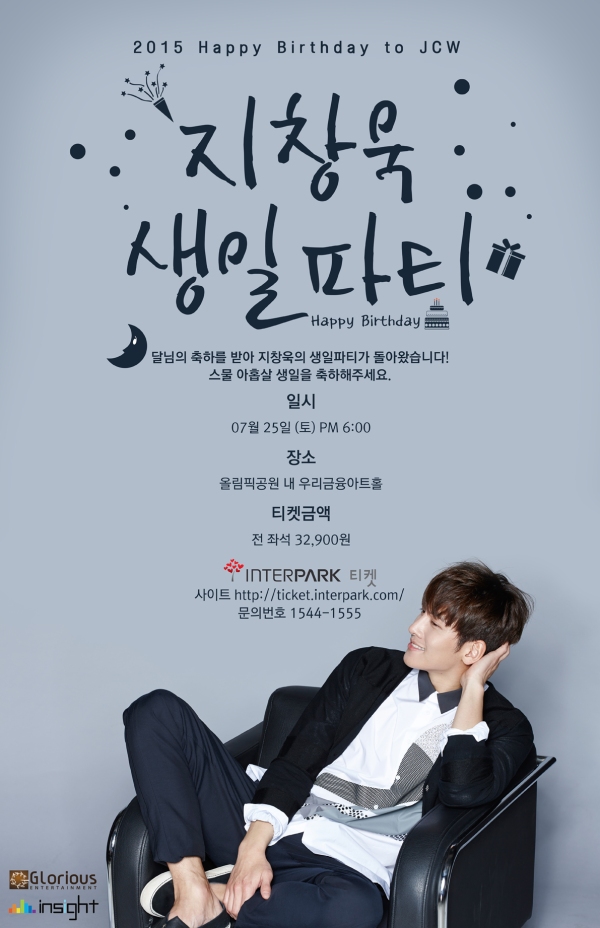 Celebrate Ji Chang Wook’s 29th birthday at the concert with a live band!

Ticket sales begin on 2 July at 8pm KST via Interpark.

Interpark will release the ticket sales information through its site at ticket.interpark.com on 29 June 2015.  (We do not have any information at this time whether or not this will be open to international fans, but will update this post as news becomes available.)

15 June Update: To prevent the spread of MERS, this event has been tentatively postponed.

Ji Chang Wook will be holding a fan meeting to celebrate his birthday on 5 July!

It has always been a practice for him to hold a gathering with fans to commemorate his birthday each year, but such events have always been limited to just fans from his official fan cafe DayRock.

For the first time, tickets to his birthday event will be sold on ticketing site Interpark, meaning that fans from anywhere will be able to attend!

Titled “Ji Chang Wook Birthday Party”, the event will be held on 5 July at Yonsei University Main Auditorium at 4pm KST. Tickets will be priced at an affordable 33,000won.

However, due to the worsening MERS health situation in South Korea, Glorious Entertainment has said that they will be monitoring the situation. Event details and the date for the commencement of ticket sales will be announced at a later date.