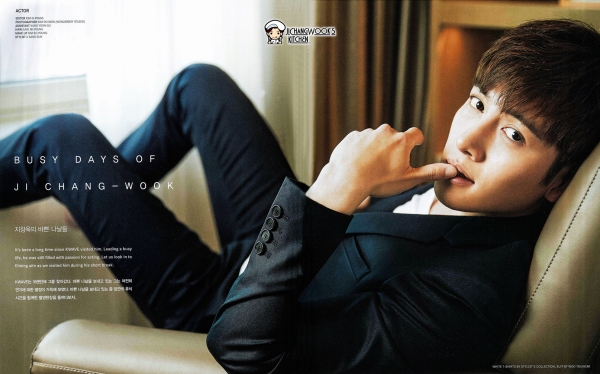 Note:  This interview was already translated into English by the magazine, and is reproduced here exactly as published.

It’s been a long time since KWAVE visited him.  Leading a busy life, he was still filled with passion for acting.  Let us look in to filming site as we visited him during his short break. 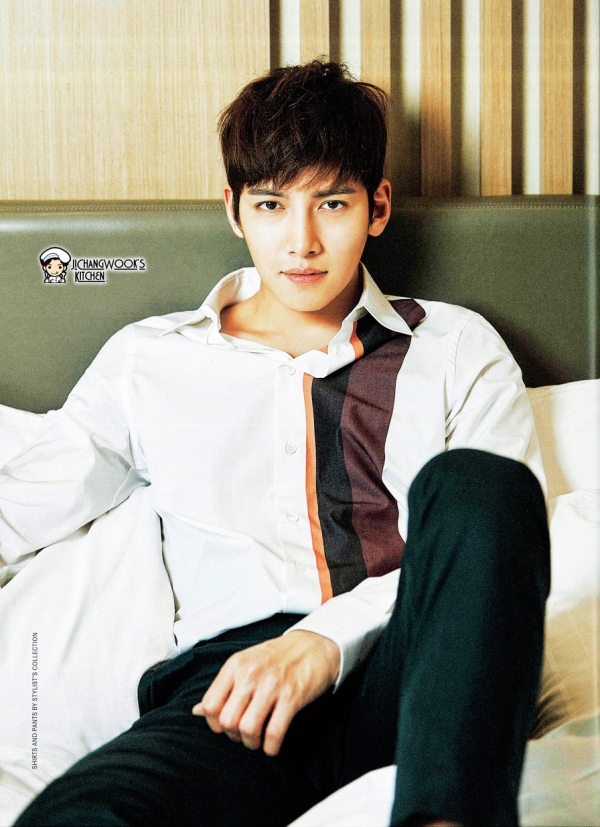 How are you doing after <Healer>?

I’m resting as I get ready for my next piece.  Personally, I think I was more at ease when shooting <Healer>.  Now, I’m much more busy due to musical <Those Days> tours.

You seem to be always working.  Wanting to give you a rest, we created ‘Ji Chang Wook’s Break’ as a concept.  How do you usually enjoy your time off?

Rather than do something grand for enjoyment, I think meeting my friends and people I like is way to enjoy my vacation.

Also, I like sports and enjoy it.  Since the weather is so nice out, I enjoy playing soccer and basketball.  Sometimes I walk around the track at Hangang River.

We heard that you’re on your tour for musical <Those Days>.  Can you give a brief summary and explanation of your character and the musical?

First, the musical <Those Days> is about body guards at the Blue House, and it’s an episode about love and friendship between the body guards.

The role I take from <Those Days> are ‘Kang Moo Young’.  He’s a man with free and pure sensitivity and is quite playful.

Working on both musical and drama, wasn’t it tiring?

I was already working on the musical before drama.  There were difficulty matching schedules between drama and musical, but fortunately, I was able to successfully complete both drama and musical.

Is there any special reason why you made a challenge in musical?

In a way, I started the musical before any program on TV.  I always had interest of musical ever since I was young.  The fact that I can act and sing in a musical made a huge impression on me, and I also love both genres.