Well this was unexpected!  The nominees for the 2015 APAN (Asia Pacific Actors Network) Star Awards have been announced, and Ji Chang Wook has been nominated for an Excellence Actor (Mini-Series) award for his role in “Healer.”  Others in his nominating group include Im Siwan (“Misaeng”), Jo Jung Seok (“Oh My Ghost”), Park Seo Joon (“Kill Me, Heal Me” and “She Was Pretty”), and Lee Sang Yoon (“Liar Game 2” and “Twenty Again”).

Dramas that aired from 1 October 2014 through 30 September 2015 on terrestrial and cable channels plus webtoons are eligible for nominations.  This is the 4th year of the ceremony that wraps up the Daejeon Drama Festival, and will be held in Wonju, Gangwon-do this Saturday, 28 November 2015 (red carpet starts at 5:30 PM; ceremony begins at 7:00 PM).

Other categories and their nominees can be found here: 2015 APAN Star Awards.  For the third year in a row, Park Soyeon from girl group T-ara and actor Lee Hoon will be hosting the festivities.  For those of you so inclined to watch, the V-App will be streaming the ceremony live at this link. 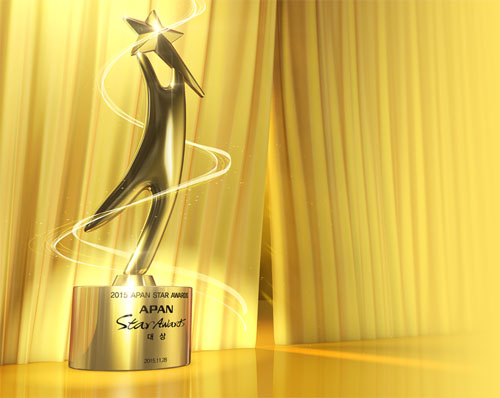 Great to hear that he was nominated, but the ceremony is being held on the same night as Wook’s concert in Chongqing.  Obviously he cannot be in two places at once, unless he has mastered a cloning process.  Regardless, congratulations to him on the nomination!