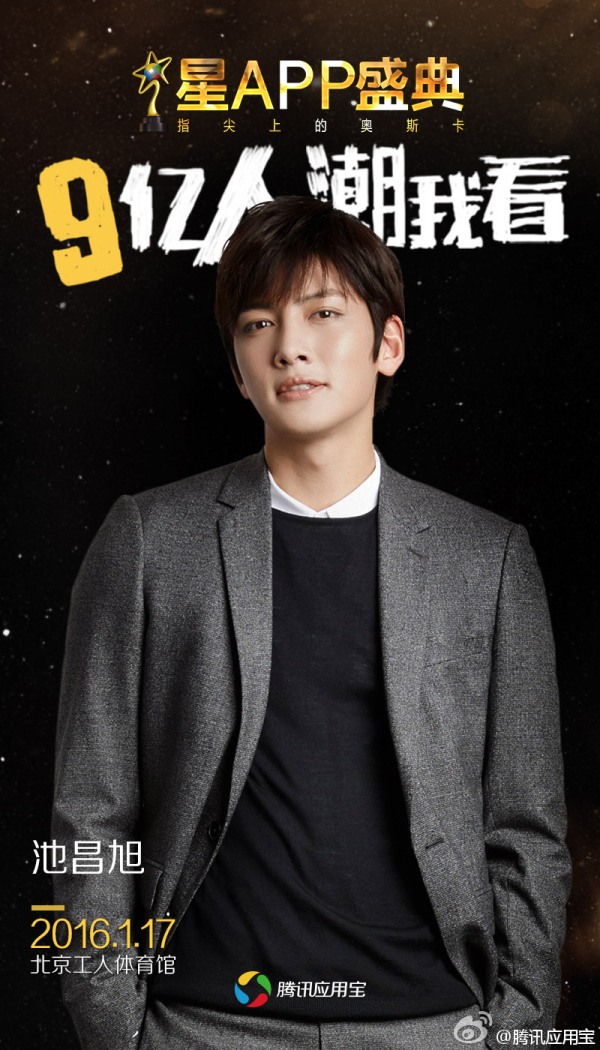 Ji Chang Wook is expected to perform his Chinese song “Be With You” at the event, which will be held on 17 January at the Workers’ Indoor Arena in Beijing. Other stars that will reportedly attend the event include Hong Kong singer-actor Jordan Chan, Hong Kong actress Cecilia Cheung, and former EXO member Luhan.

The top 10 mobile apps for the year 2015 will be revealed at the event held by Tencent Yingyongbao, a mobile app store that is China’s equivalent of Android’s Google Play Store or Apple’s App Store.

NOTE: At the time of writing this post, there has been no official confirmation from Glorious Entertainment on his appearance at this event.