Ji Chang Wook met the press at the filming of the Chinese drama “Whirlwind Girl 2” on 15 April in Shanghai, China. Together with him were the rest of the Chinese cast members including the lead actress An Yue Xi.

Ji Chang Wook plays Taekwondo instructor Chang An (长安), a new character created by the writer of “Whirlwind Girl” for the second season.

On this day, the press got to see the cast film and also interviewed them at a group press conference, during which Ji Chang Wook showed off his Mandarin prowess (and his love for food) by saying “time to eat” in Mandarin and adding that he loves to eat hot pot.  He was also seen throwing balls with his manager and best friend Bang Chi Gu behind-the-scenes, to which the reporters asked if he does that to exercise. He said he usually plays soccer, but he doesn’t have time for soccer when in China, so he throws balls during breaks in between filming and trains in the gym. When asked how many packs of abs he has right now, he claimed that he doesn’t have any. 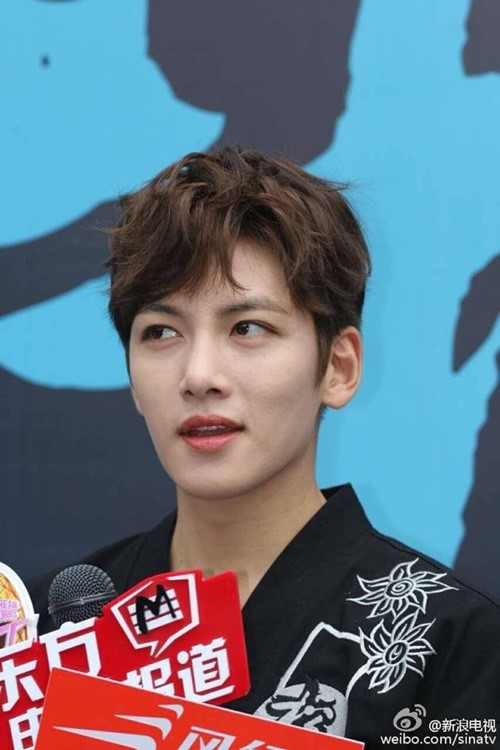 “Whirlwind Girl 2” is jointly produced by Mango TV (芒果影视) and Grand Media (观达影视), and is expected to air on Hunan TV this summer.