The main cast of “Suspicious Partner”, Ji Chang Wook, Nam Ji Hyun, Choi Tae Joon and Nara, met the press at the script reading room of the SBS Ilsan Production Centre in Gyeonggi-do on 31 May. 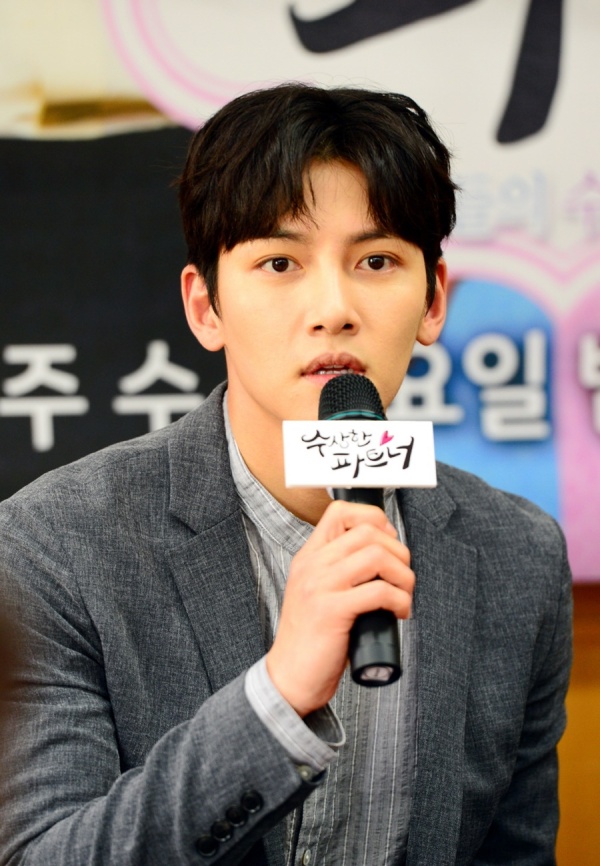 Although “Suspicious Partner” has been widely discussed on the internet, viewership ratings remain low.

Regarding this, Ji Chang Wook said, “If we work hard, not only will the drama be a hot topic, the viewership ratings may also rise. Even if the ratings do not increase, the actors and staff members are working hard, so I think the audience will enjoy watching the show. We plan to give our best till the end.”

“We’ve been filming without rest these days. I’m at the film set almost all the time. When we have outdoor shootings occasionally, there are many people who know of the drama ‘Suspicious Partner’ and recognise me as an actor, so I realise that they must be enjoying the show.”

His chemistry with actress Nam Ji Hyun is also a focal point of the drama. Ji Chang Wook said, “The script is really to my liking. The scriptwriter wrote the lines beautifully, so this is a project where I enjoy receiving the script. My co-star Ji Hyun also reacts to me very well so we are having fun filming.”

“I thought a lot about what I should do in order to make our chemistry stand out more. While trying to adjust to each other during the script reading session and actual filming, my chemistry with Nam Ji Hyun matched very well and the audience were probably felt it too. It will probably get even better from now on.”

Nam Ji Hyun said,”My co-star Ji Chang Wook oppa makes me feel at ease. I ask him a lot of questions because he is someone whom I can always talk to.”

When asked about their most memorable line, Ji Chang Wook chose “Don’t fall in love with me” because “it is an important line that describes Ji Wook’s feelings”. Nam Ji Hyun chose the line “You’ve progressed from a human to a hostage” because she hopes viewers will look forward to seeing how else her character will progress from a hostage in future episodes.

Several scenes in the drama were revealed to have been added on to what was written in the script. The scene where Ji Chang Wook tries to carry Nam Ji Hyun to her room and then decides to carry her on his back because she was too heavy was actually ad-libbed.

Ji Chang Wook explained, “We think of whatever that appears in the script as a base. While behaving as the character Noh Ji Wook, words that I wish to say will emerge. I include the lines and actions I want without deviating too much from the original meaning.”

Choi Tae Joon said, “We have about 12 episodes left to film, I’m thinking about how else I can torment Ji Chang Wook sshi. Although I tell him that I love him during filming,  I want to torment him even more in reality. I have a difficult relationship with Ji Chang Wook sshi in the drama, but we are good friends who will text each other ‘When are you coming’ in reality.”

Regarding his impending military enlistment, Ji Chang Wook said, “‘Suspicious Partner’ will be my last project before I enlist. There is no specific date yet, but I’ll probably enlist soon after this drama is over…I think just being able to enlist safely in the military is considered a good thing. My time in the army may be long or short depending on one’s perspective, but if I work hard during my time there, I will become more manly when I am discharged, and I’ll become more like a person if I meet many friends in there.”

Choi Tae Joon spoke to him, “I hope you will return in good health. Say your goodbyes properly, don’t shave your sideburns too much when you enter the camp, I hope you will return coolly. And don’t eat too much ramyun, think of yourself as resting well during those 2 years, don’t use the computer too much, and I hope you read a lot of books. I’ll go to send you off if I can.” He added to much laughter, “I said I will go to visit him but he told me not to come.” Ji Chang Wook emphasized that “Choi Tae Joon also hasn’t gone to the army yet,” drawing even more laughter from the crowd.

So far, the identity of the murderer has not been revealed in the drama yet. Ji Chang Wook said, “Everyone at the set knows who is the murderer.  I think viewers will also find out soon enough. The story progression is faster than expected and I think that will be interesting. I think every episode is driven by the combined elements of romance and thriller revolving around the search for the culprit. The case will also start to be revealed proper from tonight’s episode onwards.”

Speaking about what audiences can expect in the second half of the series, Ji Chang Wook said, “This is now the beginning. Although one-third of the series has already been filmed, the show will now begin to have a greater variety of cases and more romance, bromance, and womance, so viewers can also expect to see more interesting things.  I hope you will look forward to the rest of the episodes, and the cast and staff members are all working hard, so please give us plenty of love.” 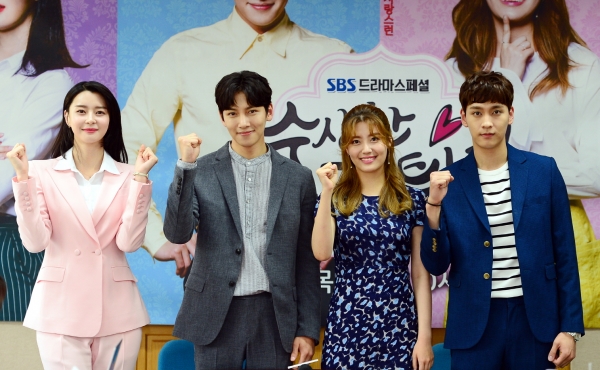 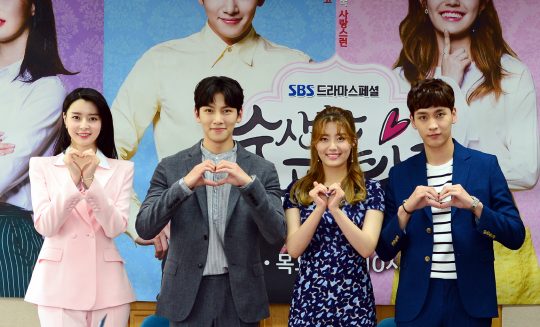