Ji Chang Wook in the musical “Brothers Were Brave”

Now this came as a surprise. Ji Chang Wook may be in the army, but we’ll still get to see him on the big screen, albeit for a very short while, in the upcoming Korean movie “The Bros (부라더)”.

According to news reports of the movie press conference held today, Ji Chang Wook will have a special guest appearance in the movie, which is directed by Jang Yoo Jeong who was the director of the musical “The Days”.

Besides his relationship with the director, the movie is also based on her earlier musical called “Brothers Were Brave” that Ji Chang Wook starred in back in 2013, which explains why he has a cameo in the movie version. Ji Chang Wook had starred as the character Joo Bong in the musical, and this role will be reprised by actor Lee Dong Hwi in the movie.

Director Jang spoke about him at the press conference, “He has worked with me in two musicals. We met as actor and director everyday when he was practicing for the musicals, and we’ve developed a relationship whereby we supported each other and watched each other mature. I was working on this movie so he gladly participated in it.”

Ji Chang Wook will be playing the role of Chun Bae, the younger version of Ma Dong Seok and Lee Dong Hwi’s father.  Chun Bae is an important character in the movie, and with Wook already being well-versed in the storyline through his earlier participation in “Brothers Were Brave,” his cameo is highly anticipated… along with him dressed in this gorgeous hanbok.  *swoons* 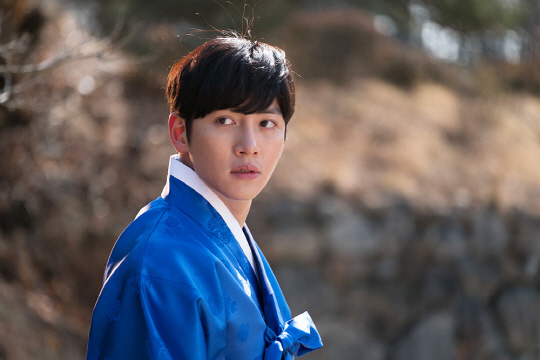 “The Bros” premieres in South Korean cinemas on 2 November 2017.  Meanwhile, you can watch the movie trailer here.