In celebration of the 70th anniversary of its establishment, the Republic of Korea Army will stage the musical “Shinheung Military School” from 9 September through 22 September 2018.  The musical’s performance press conference was held on 14 August 2018 at the Taeguk Army Hall, Yongsan-gu, Seoul.  Lead cast members Ji Chang Wook, Kang Ha Neul, and Kim Sung Kyu were in attendance with the rest of the 37-member cast, where teasers of a few musical numbers were previewed.

The musical’s main poster was unveiled today by the National Academy of Performing Arts, and was jointly organized by the Army headquarters, the show producers (Shownote), and the National Museum Cultural Foundation.  The poster features a young man’s silhouette that stands up in the rising sun under the moonlight. The sky, where the moon and the sun coexist, reflects the chaotic times. The reddish sun in the dark sky symbolizes the dawn of independence caused by the new military school, despite the endless night of invasion. 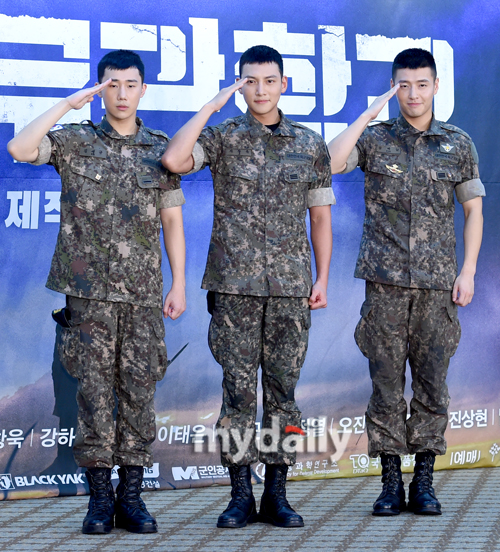 The musical tells the stories of the patriotic young people who fought and sacrificed their lives for Korea during the Japanese colonial period (1910-1945).  Ji Chang Wook will portray Lee Dong-kyu, a distinguished student at the academy and son of an anti-Japanese Confucian scholar, who fights for the freedom of his nation.  Dong-kyu joins the academy after his father commits suicide in resistance to Japanese imperialism.  Ji Chang Wook particularly caught the eye through his chiseled features and short hair with a commanding presence in his military uniform, while his solo acting and singing skills focused the attention of the reporters. 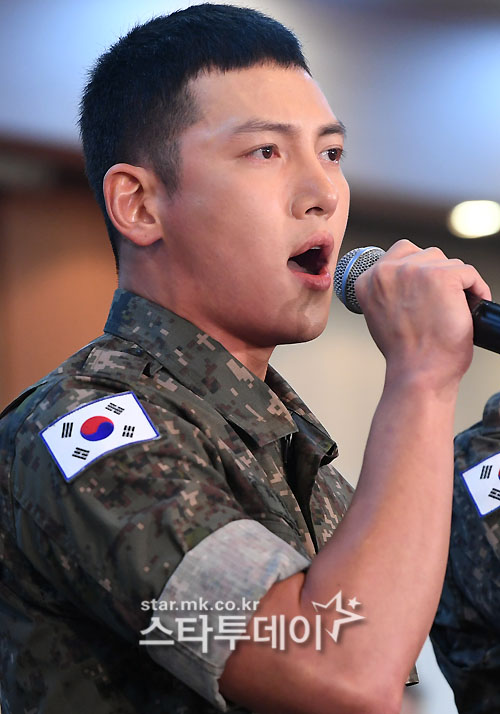 Kang Ha Neul will portray Pal-do, an orphan who grows up to be a freedom fighter and becomes a key member of the liberation army after joining the academy.

Kim Sung Kyu will portray General Ji Cheong-cheon, who graduated from the Imperial Japanese Army Academy but returns to Korea to lead the Korean guerilla forces against the Japanese during the occupation. 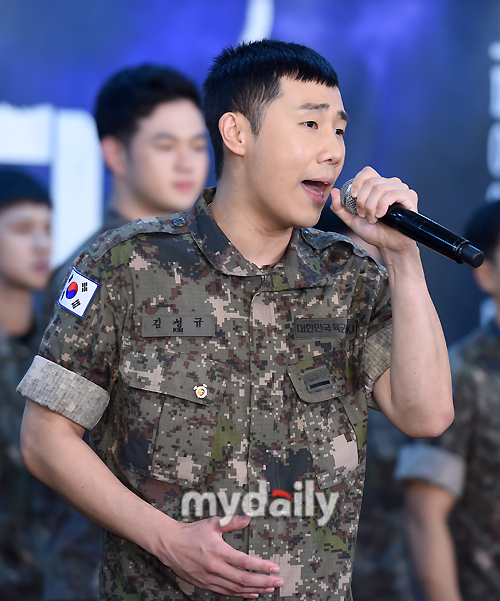 Each lead actor will have a solo performance (Ji Chang Wook will sing the number “Anxiety, Depression and Sadness”), with Ji Chang Wook and Kang Ha Neul also performing a duet together.

All three leads will join together on a trio performance, with the Army chorus as back-up.

Short interviews were held after the performances, with the musical production team releasing official publicity photos of all three leads.

Ji Chang Wook said, “Thankfully, I am deeply involved in a good work.  It is a very meaningful work away from the script. I am so excited and having so much fun preparing for it.  My fellow soldiers, my seniors, friends and I have been working hard together, while crying and laughing together with my actor brothers who have finally met again after a long time” (referring to working again with Kang Ha Neul). 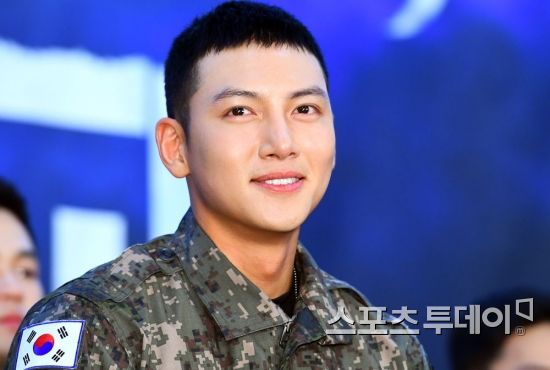 Trivia Note:  Joining the musical cast is Lee Jeong Yeol (far right), who performed with Ji Chang Wook throughout all three runs of the musical “The Days.” 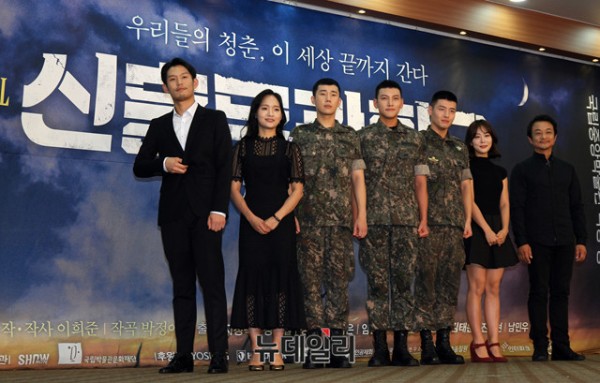 Enjoy more of the photos from the press conference below! 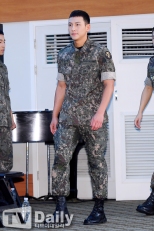 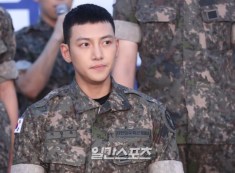 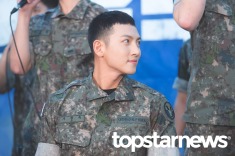 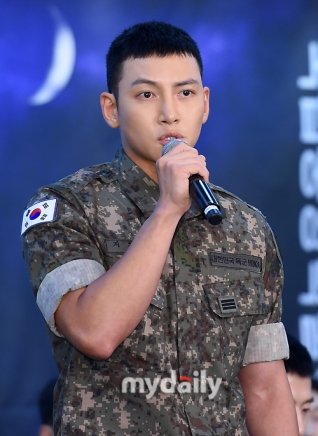 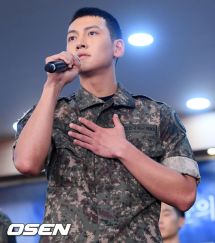 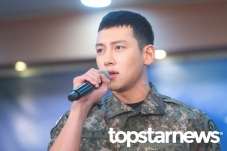 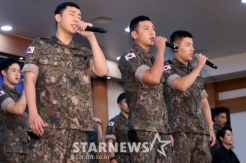 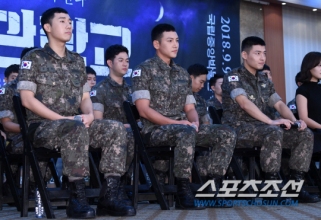 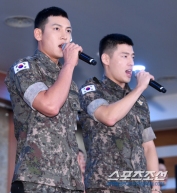 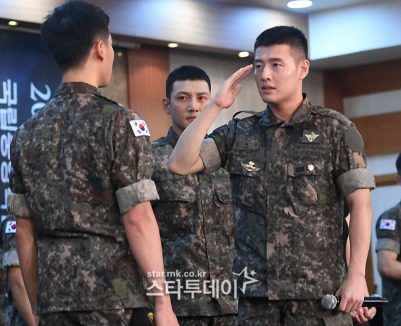 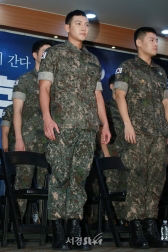 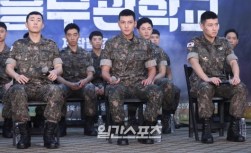 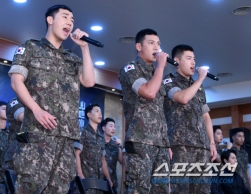 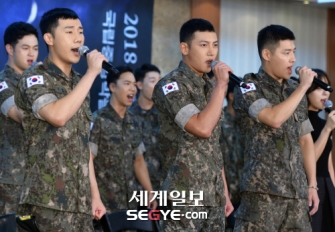 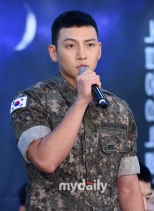 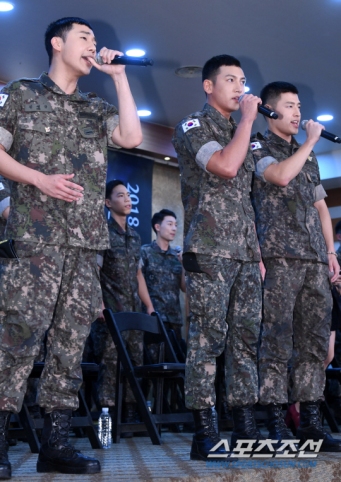 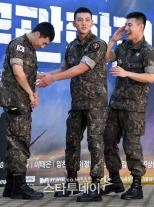 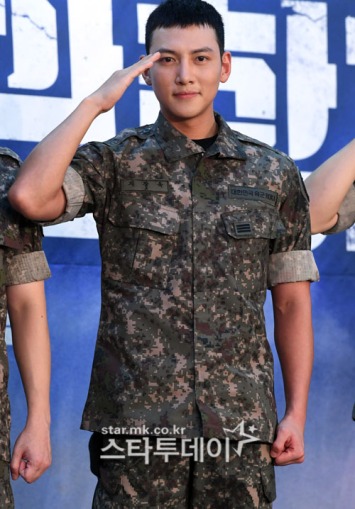 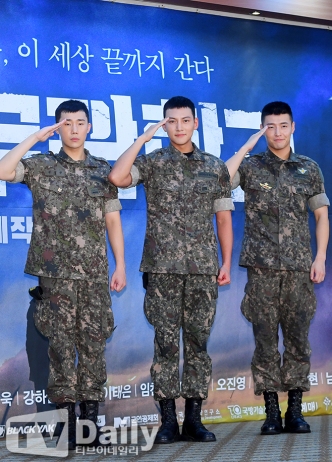