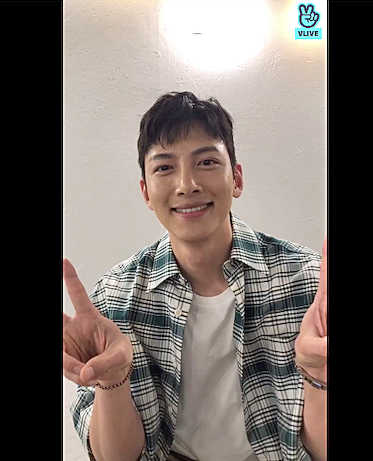 Well, that was quite interesting!  Ji Chang Wook participated in his first Naver VLive broadcast since his military discharge on 27 April 2019.  Due the the broadcast cutting in and out, we could not note everything Wook talked about.  But until the rebroadcast with full subs is provided, here are some highlights! 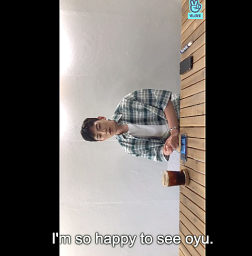 The title given to Ji Chang Wook’s VLive was “#Late Spring #I’d Like A Cup Of Coffee.”  It started out with Wook accidentally being filmed sideways — it wasn’t until about 4 minutes into the broadcast before his crew figured out how to turn the camera right side up!  (Obviously, Glorious is very rusty at this process, no?) 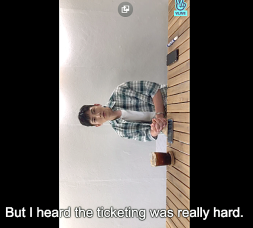 Sitting at a plain table with his ubiquitous iced coffee at his side, Wook looked a little uncomfortable and admitted as much since it’s been over two years since his last full-length VLive.  Wook really wanted to have his first fan meeting after his discharge at a larger venue (than the iMarket Hall where it is currently set), but ended up apologizing for the Invitation show turning out to be a ticketing nightmare.

Since leaving the army, he’s been meeting with his sunbaes and friends.  He’s also been prepping for his upcoming drama, “Let Me Melt,” saying, “It’s about a frozen man.”  Ya think? ㅋㅋㅋ

He personally picked all the songs for his upcoming fan meeting this Sunday (19 May).  He’s been listening to 2BiC’s song “Unconditional Love” in honour of it being Family Month in Korea.  He’s also been rehearsing at 2BiC’s studio to prepare for the fan meeting. 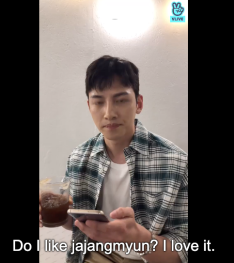 Answering a question about live-broadcasting the upcoming fan meeting, he hopes maybe the fan meeting footage will be released somewhere.  *CO-SIGNED* 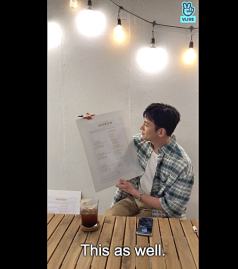 Wook says he will show a lot at his upcoming fan meeting, and was thinking a lot about the songs where the audience can sing along with him.  One song will definitely be “I’ll Protect You” (from the Healer OST), and held up a cue card with the lyrics explaining the two parts where to sing along while he performed a snippet of the chorus.  He wants the fan meeting audience to practice well so they can all sing along.

The other song he’d like the audience to participate in a sing-along will be Daybreak’s “Good.”  He held up another cue card and circled the parts where the audience should participate.  “Please practice well!”

He also slipped and said that a total of 7 songs will be performed at the fan meeting, apparently alarming his staff by spilling that secret.

Many songs were being played in the background during his VLive, with Wook calling out one of his favourites:  Lee Juck’s “Laundry.”

To clarify another question, he will not be able to accomplish requests made at prior fan meetings (as the Jiscovery concerts were two years ago); this upcoming fan meeting was not set up for such requests.  Wook said he’d also like to do another musical since he loves performing in them, but it is just not possible right now. 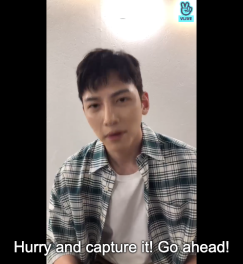 Then it was Capture Time, so Wook stayed still and posed so that his fans could capture a screenshot for posterity. 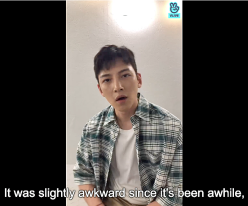 He commented that he is receiving many hearts and started to do his wrap-up and closing remarks.  Even though the broadcast continued, we viewers were treated to a black screen instead at the 29:58 mark!  The rebroadcast shows the full closing and sign-off, though.

We’ll update this post with a link to the fully-subbed rebroadcast once put online.  But isn’t it wonderful to see Ji Chang Wook back in the entertainment world?  YES IT IS. 😍 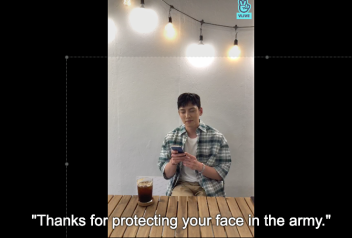 UPDATE 16 MAY:  The Replay of Ji Chang Wook’s 15 May VLive is now available with English, Indonesian, Spanish & Portuguese subs! (Make sure the Subtitles button is checked for your preferred language.) Link is here: https://www.vlive.tv/video/128842