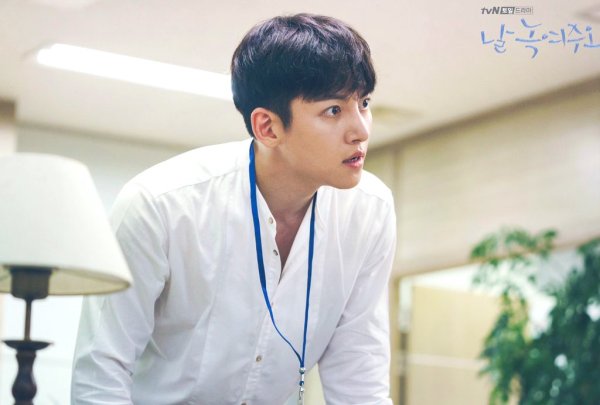 In tvN’s new drama “Melting Me Softly,” Ji Chang Wook plays the star producer Ma Dong Chan, who was supposed to be frozen for only 24 hours before waking up, but when he opened his eyes, he faces an absurd situation 20 years later.

“The subject of ‘Frozen Human’ was so fresh,” Ji Chang Wook said, explaining why he chose the work. The script, which contains the fresh material, was also very interesting, he added.

“Dong-chan has a great sense of mission and is a challenging character,” Ji said. “He’s reckless in some ways, but that’s why I think these people can change the world.  I want to look like Dong-chan’s enterprising and challenging side because there are many things that are different from my personality,” Ji said.

Ji Chang Wook set up a fictional producer to play the star PD Ma Dong Chan, and based on the script, consulted the director and writer to create the character’s settings.  Based on the character’s tenacity, Ji showed an infinite attachment as he embodies his character.

It’s one of the points that you can’t miss the conflict between the people who lived in 1999 and suddenly woke up in 2019.  On this, “People around me are very helpful, including seniors Kim Won Hae, Jeon Soo Kyung, and Lim Won Hee, who plays a junior role.  The presence and mere sight of the senior members is enough to immerse themselves in the character’s situation.  I think it would be nice if you focus on the relationship between the characters,” Ji said.

3 thoughts on “[Drama] Ji Chang Wook “Melting Me Softly” comeback, a lot of worries for a more mature look”