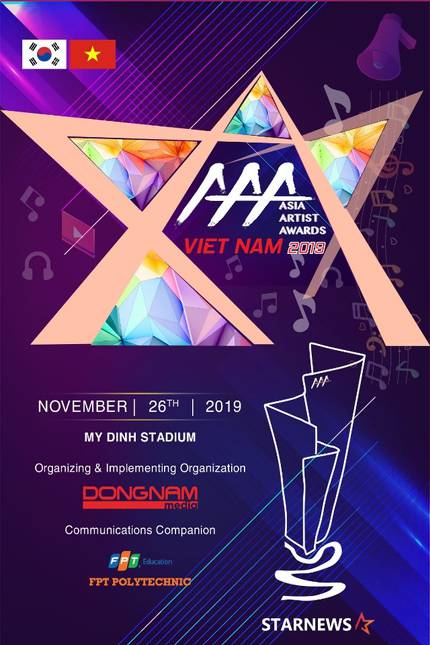 And here we go again!  Ji Chang Wook is amongst the 100 Korean actors in the running for the Popularity Award at the 2019 Asia Artist Awards.  This year’s event will be the first time it is held outside of South Korea — at the Mỹ Đình National Stadium in Hanoi, Vietnam.  I’ve put together a tutorial on how to vote!

20 OCTOBER UPDATE:  The Second Round voting ended at 10:00pm (Viet time) on 19 October.  With a great push on the last day of voting, the Top 4 rankings were fluctuating up-and-down by the hour, with the final selections ending up as follows:

The Number 1 vote-getter will be featured at the Asia Artists Awards broadcast on 26 November.  As we mentioned at the beginning of the voting process, Wook was up against many idol-stans with buckets of money to spend on their votes.  We here at The Kitchen would never recommend that our readers (and fellow JI Chang Wook fans) throw away their hard-earned money on what obviously was a cash-grab by the AAA promoters.  It’s good enough that Wook finished in the Top 5 vote-getters, so at least he will be mentioned during that segment of the AAA program.  Congratulations to Ji Chang Wook for making a respectable showing, and many thanks to the fans for voting!

2 OCTOBER UPDATE:  Ji Chang Wook has passed through to the Second Round!  The 10 finalists from the Primary Round include: 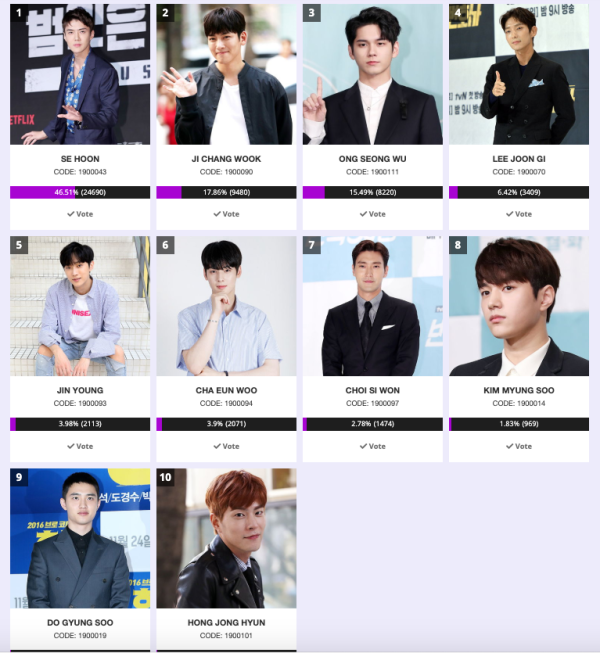 Wook is currently Number 2 in the Second Round.  You will have until 10:00pm (Vietnam time) on 18 October to vote in this Second Round, with the final winner being announced at the AAA programme broadcast on 26 November.  The process remains the same as below, only now you click the Second Round block in order to cast your vote:

There is a lot of ground to be made up in order to catch up to the idol currently in first place, but we can at least give Wook an impressive finish!  AJA AJA AJA FIGHTING!!! 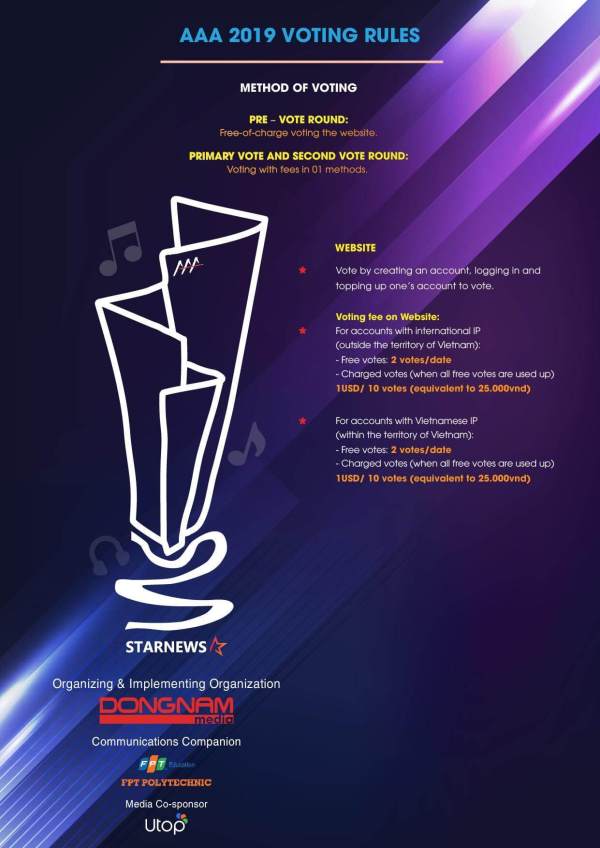 As in years past, this Popularity Award will be 100% decided by online polling. Due to the lack of promotions for the pre-vote portion of the Popularity Award, Ji Chang Wook fans unfortunately have to jump right into the Primary Vote Round.  The Primary vote commenced on 15 September and is scheduled to end on Sunday, 29 September 2019 at 10:00pm (Viet time). Only the Top 10 vote-getters will proceed to the Second Vote Round. 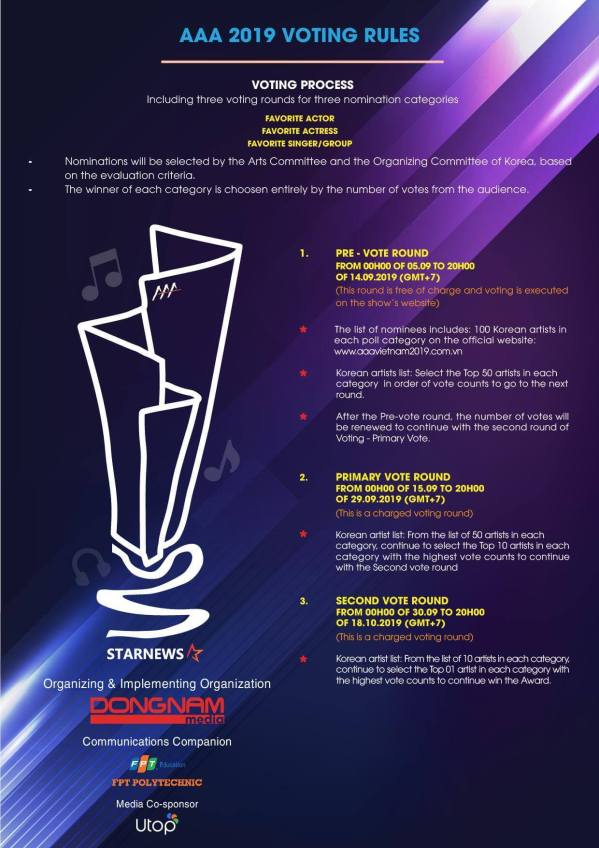 This year’s voting process is completely different than in years past, with the organizers making the process quite difficult for international voters with the lack of a dedicated application to vote through.  (I have tested this process on both a desktop and a mobile phone, so hopefully you should have no issues.)  To start your vote, visit this link (and make sure to bookmark it): AAA Popularity Vote. 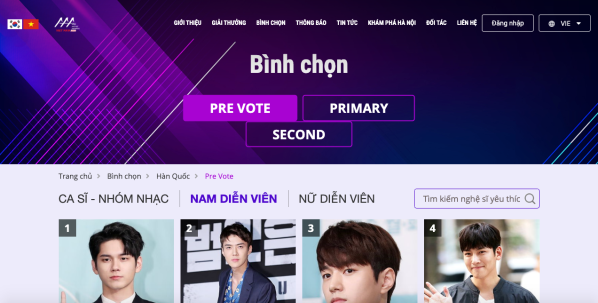 You will be directed to the Home Page, where you can change the page to English.  Click the link where indicated: 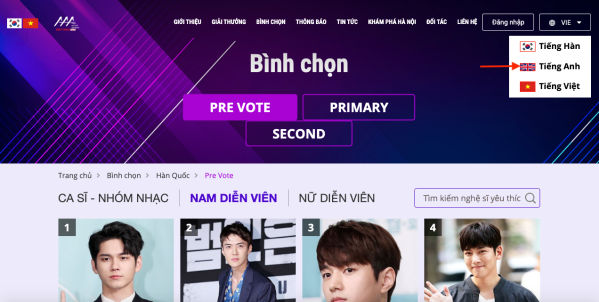 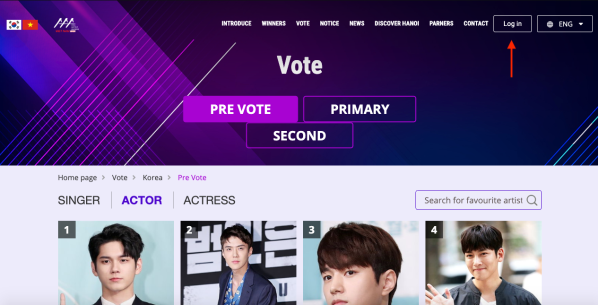 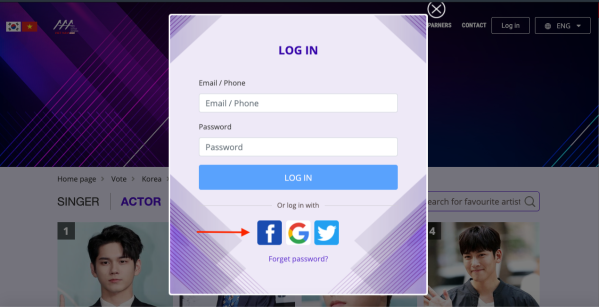 Once that is accomplished, you’re ready to start voting!  Locate the Primary tab on the Home Page: 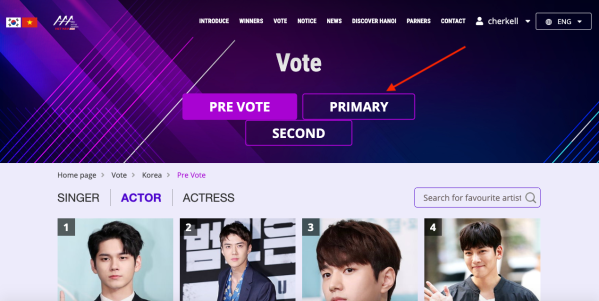 Scroll down until you see Ji Chang Wook on the list and click on the word “Vote” beneath his name: 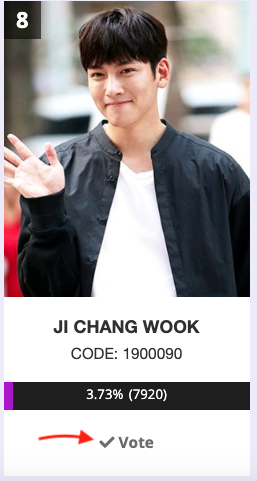 Click the “Vote for Ji Chang Wook” radio button to cast your vote:

A successful vote will give you this screen: 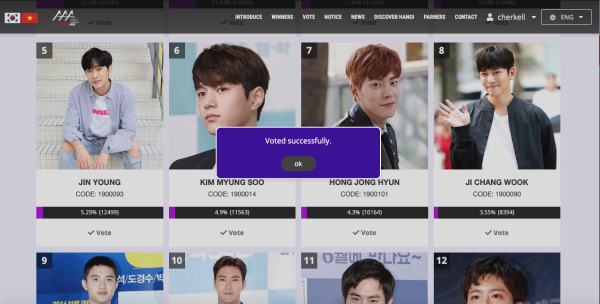 All users with an international IP address (outside of Vietnam) is entitled to 2 free votes per 24-hours.  After that, multiples of 10 votes will be charged 25,000 VND (approximately $1.07 USD).  If you have already used up your 2 free votes for the day, you’ll see a dialogue box stating so: 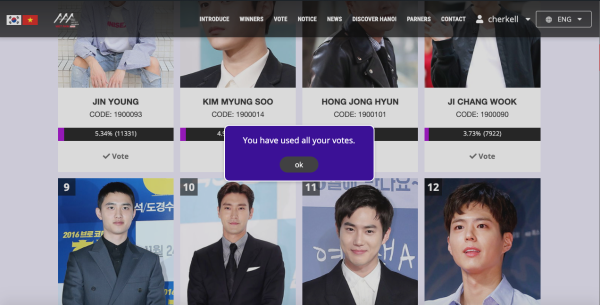 Let’s attempt to purchase some votes to boost Wook’s rankings!  Head back to the Home Page and click the My Account tab under your screen name: 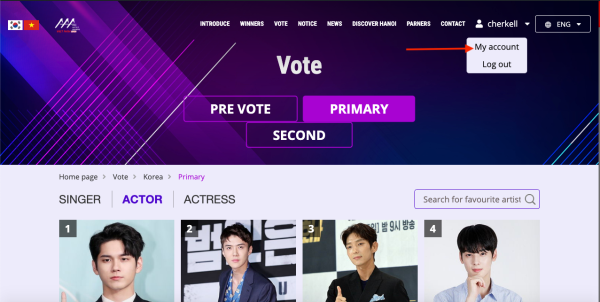 The next screen you will see is the spot where the paid votes are charged: 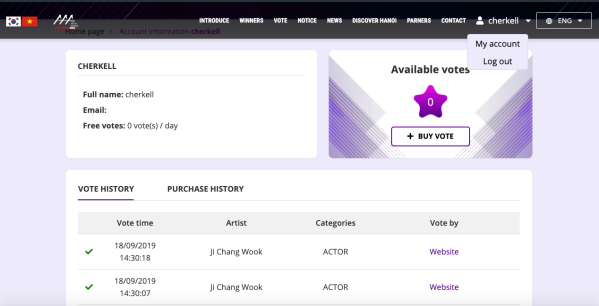 In order to buy votes (in multiples of 10), click the “Buy Vote” radio button: 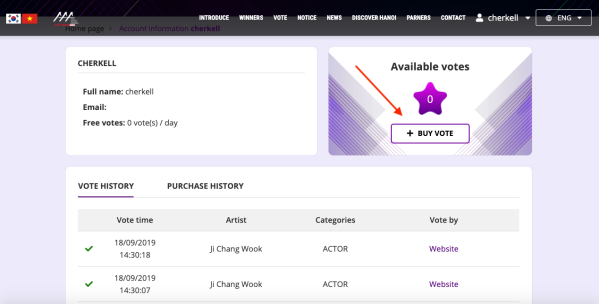 Figure out how many votes you wish to purchase by moving the cursor up and down the pulldown (for purposes here, I only purchased 10 votes), and then click “Pay”.

Clicking Pay will bring you to the screen for the Payoo.vn payment portal.  Change the language where indicated: 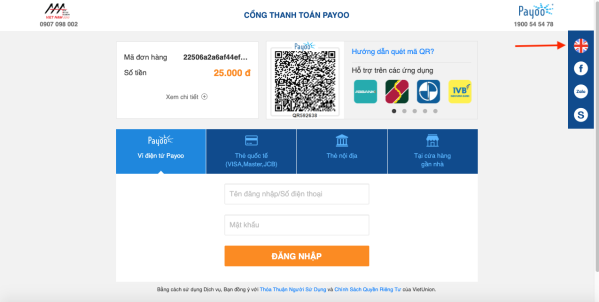 Be sure to use a bank-owned credit card for protection against any fraudulent transactions.  Fill in the usual information as if you were making a regular online purchase, and then click “Next”. 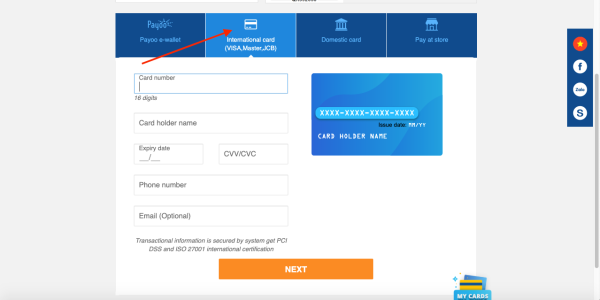 If the purchase was successful, you will be transferred to a confirmation screen: 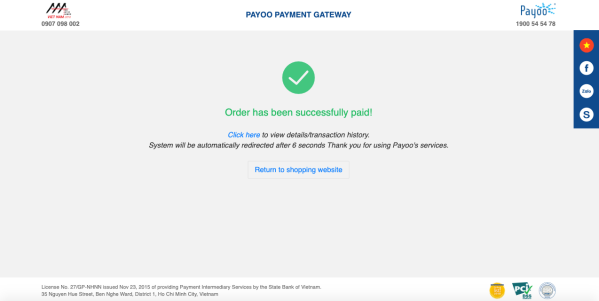 Now you can return to your account, where the X number of votes purchased will show up in your Vote Bank: 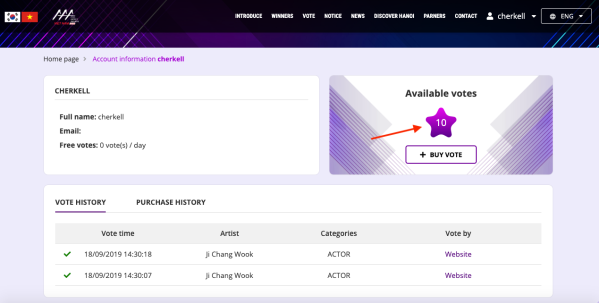 Return to the Primary voting screen, and continue to use up your votes for Ji Chang Wook:

As of 8:30pm Pacific time, Ji Chang Wook is currently in 8th place with 3.54% of the total vote.  Granted, he is up against some heavy hitters with deep idol-stan pockets.  Although you should be aware that Wook needs to make it to the Top 10 vote-getters to make it through to the next round, it is that Second round which counts towards the whole enchilada.  Please be mindful and not blow your paychecks right off the bat… because your funds make be needed later!  🙂