On 3 January, Glorious Entertainment made an announcement regarding the next scheduled date for Ji Chang Wook’s 2020 Asia Fan Meeting Tour “Waiting For You.”  This time, Wook will be staying closer to home, as this stop on his upcoming tour is set for Seoul!

Ji Chang Wook’s “Waiting For You” in Seoul will be held on Saturday, 15 February 2020 at the KBS Arena Hall in Gangseo-gu, Seoul.  The KBS Arena Hall should be well-known to many, as this is where various KBS Network music and variety shows are filmed, in addition to hosting concerts and other large-scale events.

The KBS Arena Hall is easily accessible from the West via the Subway 5 line (Balsan Station exit) or the North via Subway 9 line (Gayang Station exit).

In addition, the “Ji Chang Wook’s First Collection of Photograph Making Books #133.  Ma Dong Chan, 133 Days Memories” and “Selfie Book” (other items to be announced at a later date) will be sold at the venue.  Merchandising booths will be open 3 hours prior to the show start until 20 minutes after the show begins.  Purchases are limited to five (5) items per person, and will be on offer until all stock is sold out. 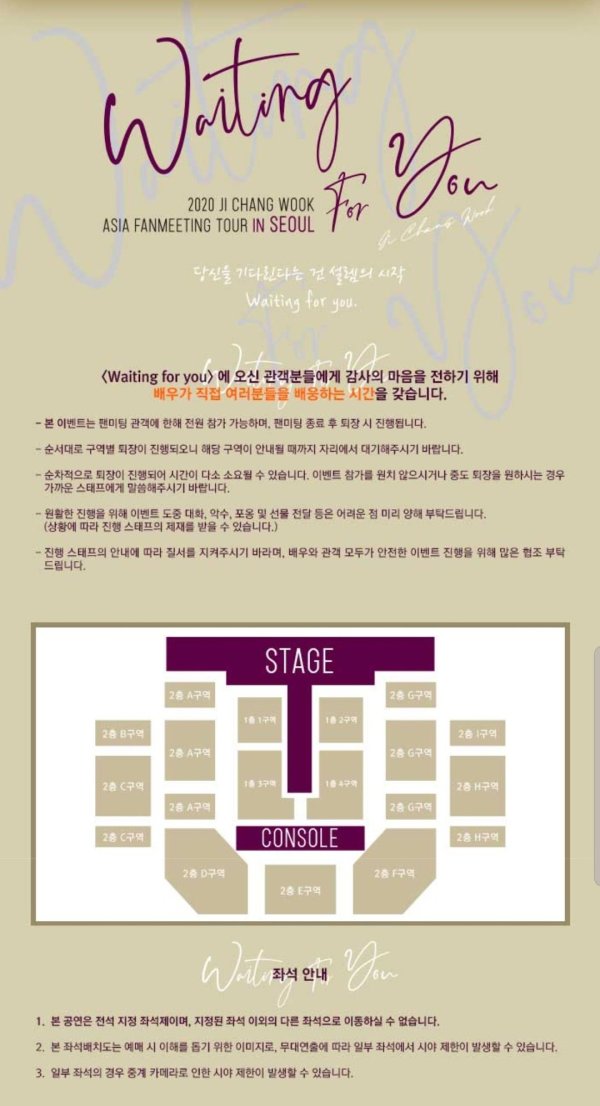 NOTE:  Ji Chang Wook’s Kitchen is providing these details purely for informational purposes.  We cannot stress strongly enough to NOT purchase tickets from an outside ticket broker or random third party that is advertising sales via various social media accounts.  The promoters cannot guarantee that a ticket NOT purchased through YES24 Tickets will be honoured at this event.  As the saying goes, “Buyer Beware.”

Translated from Korean to English by cherkell.  PLEASE DO NOT REPRINT, REPURPOSE, SCREENCAP OR OTHERWISE COPY OUR CONTENT WITHOUT WRITTEN PERMISSION.