(Unless otherwise stated, all times listed below are in Korean Standard Time)

20 May:  Press Conference for upcoming movie “Hard Hit” (aka “Restricted Call” / “Punishment”) Note:  Ji Chang Wook was not in attendance.

All Month:  Continued filming of Netflix Korea drama “The Sound of Magic” (aka “Annarasumanara”)

5 June:  Release date for the July 2021 Vol. 97 issue of Japanese magazine Hanryu Senpu (韓流旋風 vol.97), featuring Ji Chang Wook will be featured on the cover, along with an interview and gravure.  Amazon Japan purchase link: https://amzn.to/3fS0t5m

10 June, 7:00pm:  Attendance at VLive “Hard Hit” Movietalk Live press conference, with co-stars Jo Woo Jin and Lee Hae In.  Replay can be found here:  m.vlive.tv/video/251055
July 2021
All Month:  Continued filming of Netflix Korea drama “The Sound of Magic” (aka “Annarasumanara”)
5 July:  HAPPY 35th BIRTHDAY to Ji Chang Wook!
August 2021
TBD
September 2021
TBD
October 2021
TBD
November 2021
TBD
December 2021
TBD
*******
Ongoing: Movie “Two Constables” (“Two Patrol” / “두포졸”), co-starring with Seol Kyeong Gu.  Based in the Joseon times during the era of King Seongjeon, this movie tells the story of a veteran fraud policeman suddenly finding himself paired up with a rookie soldier while on the hunt for corruption in the Royal Court, thereby putting all the noblemen in fear.  This production will be helmed by esteemed director Kang Woo Suk, who also directed the previous iterations of this buddy-cop trilogy (“Two Cops” and “Two Cops 2”).  Production of the movie has been postponed due to funding problems, and it remains to be seen if the film will be released at all.  (Our article on the production issues is here.)
PRIOR 2021 EVENTS
January 2021 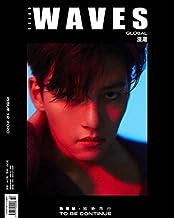