Good news to the rest of the world!  “Fabricated City” ticket sales have overwhelmed the Korea box office since its release date on 9 February, with over 1 million ticket admissions in 4 days, becoming the fastest movie to cross the 1 million mark in 2017.  Woo hoo!!!  And due to its success, “Fabricated City” is scheduled to be exported to 12 different countries through the efforts of the European Film Market (EFM).  These countries include Taiwan, India, Macao, Italy, Vietnam, Australia, New Zealand, the Philippines, Indonesia, (previously announced) North America, and others to be scheduled at a later date.  Congratulations to the cast and crew!!!

END_OF_DOCUMENT_TOKEN_TO_BE_REPLACED 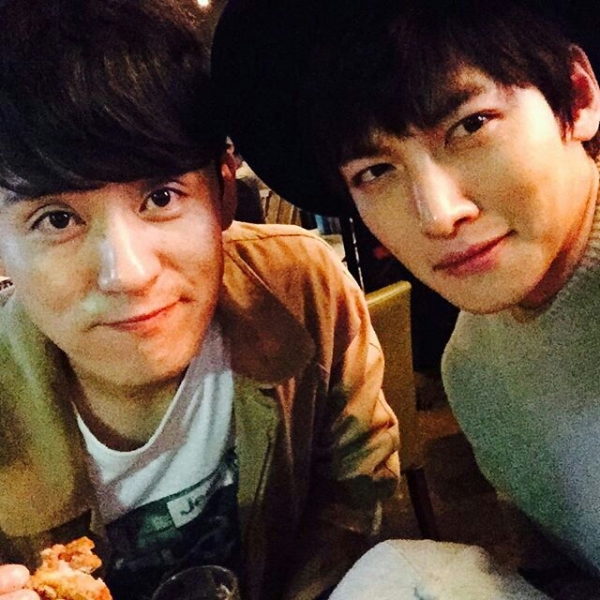 END_OF_DOCUMENT_TOKEN_TO_BE_REPLACED

On the evening of 17 August 2015, Ji Chang Wook attended the VIP premiere of the movie “The Chosen: Forbidden Cave” (퇴마: 무녀굴), held at the Lotte Cinema Konkuk University in Gwangjin-gu, Seoul.  Directed by Kim Hwi, the cast includes Kim Sung Hyun, Chun Ho Jin, Cha Ye Ryun (who shares a stylist with him), and Yoo Sun (who starred as Bok-shil in “The Sons of Sol Pharmacy House” with him).  The movie focuses on a psychologist who also is an exorcist.  With his apprentice, the psychologist attempts the exorcism of a woman, but the process goes horribly wrong and the spirit ends up terrorizing others as well.  The movie will be released throughout Korea on 20 August 2015.

More photowall shots and a short video after the cut!

END_OF_DOCUMENT_TOKEN_TO_BE_REPLACED

On 18 May 2015, Ji Chang Wook came out to support his hyung Joo Ji Hoon by attending the red carpet VIP premiere of his movie “Ganshin” (“The Treacherous”) at the Seoul Lotte World Cinema in Sincheon, Songpa-gu.