On 12 April 2016, ZUZU (a line of cosmetics marketed by China’s CBB Company) held a “Meet the Stars” event at Shangri-La Hotel in Sanya (Hainan Island) to introduce Ji Chang Wook as its newest ambassador, in addition to recognising the Company’s outstanding dealers.

CBB operates on a business model seemingly similar to that of multi-level marketing, whereby they recruit salespeople to sell ZUZU cosmetics through social media platforms such as Weibo. CBB reportedly started in 2014 and has as many as 200,000 dealers under them.  ZUZU is the first product to be launched by this company.

At the event, Ji Chang Wook greeted the audience in Mandarin and Korean and expressed his well wishes for ZUZU. He also had close interaction with the dealers present at the event, and took a group photo with everyone.

In addition to Ji Chang Wook, other Chinese celebrities such as Chinese actors Lu Yong and Yin Xiao Tian, Hong Kong actor Max Mok, and Hong Kong veteran actress Angie Chiu were also in attendance at the grand event. To put some perspective into the scale of the event, the show commenced with the brand’s founder, Chu Rui Xue, arriving at the venue in a helicopter; together with Ji Chang Wook, she also presented 60 luxury cars as prizes to dealers with outstanding yearly sales of ZUZU products at the award ceremony.

Ji Chang Wook had appeared in a short video teaser previously announcing his attendance at the event:

And here are some pictures of him at the event: 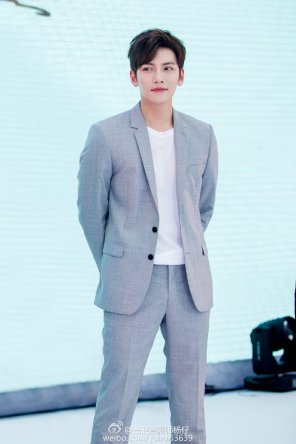 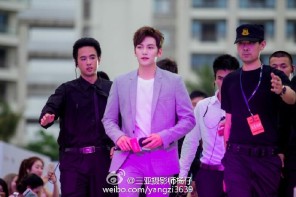