On the morning of 9 January, the press conference for “Fabricated City” was held at the CGV Apgujeong Theatre Complex, with stars Ji Chang Wook, Shim Eun Kyung and Ahn Jae Hong, along with Director Park Kwang Hyun attending, and relayed various stories related to the movie and its production.

“A perfect leader in the game world. Became a murderer in 3 minutes and 16 seconds. Someone else is controlling everything. The world they have weaved. We will overturn it! A new world of crime action.” 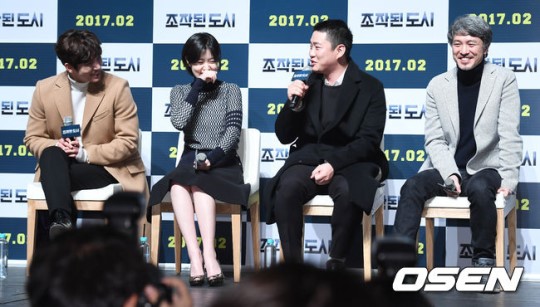 The press conference was moderated by emcee Park Kyung Lim.  Speaking to a packed theatre, Ji Chang Wook stated that he was “very familiar with eating instant noodles in the middle of [playing] a video game.  I do that all the time.  There was no need for me to prepare much in the way of my character.” [laughs]

Regarding his knowledge of video games, Ji Chang Wook said, “I play FPS [first-person shooter] games in the movie.  I enjoyed playing FPS games when I was a high school student. I remember visiting many PC-bang (computer cafes) at the time.  It was a metaphor for the character.”  He also explained the reason for choosing “Fabricated City” as his first screen challenge.  “I was worried that I would be able to satisfy the audience because it was my first film.  I read the scenario for the first time and I was worried about it.  So I met with PD Park Kwang Hyun and was persuaded after [Park] explained the process.”

An expanded preview was shown which introduced several of the supporting cast, along with a behind-scenes video of the filming site and production process.  When he was asked if he was satisfied with his work, Ji Chang Wook said, “I honestly have not seen the movie yet, so I do not know.  I practiced a lot that summer for my acting and I remember doing my best.”

A question-and-answer session followed the general chat, with reporters asking the usual stock questions.  Yet another question again about choosing another action role, “Highly unlikely since it demands such a grueling training schedule” (Wook attended ‘action school’ for two months in the summer of 2015), and “it wouldn’t be a bad choice to intentionally avoid the action genre in the future.”  Another question asked Wook to comment on his action skills, which he sheepishly admitted he “started working with action in order to make money.  When I was younger, I used to enjoy performing action scenes.  But now, action is just too difficult.”  Then there was one brave soul, who actually asked out in the open “Chang-wook, would you marry me?”  His answer?

Co-star Ahn Jae Hong complimented Ji Chang Wook’s performance in his action scenes, saying, “I almost fell for him after seeing his action scenes. He has long legs and arms, so he looks really cool when doing each action move.”

Director Park Kwang Hyun also highly praised Ji Chang Wook’s acting. “Ji Chang Wook is not only an actor who does action-only. I chose him because I wanted a new face in my movie.  It just happened to turn out that he’s really good at action scenes too. I only knew Ji Chang Wook from dramas and didn’t know that until now.  I hope he will not be mistaken as an actor that only does action because he’s actually skilled at many things.”

Director Park also stated he believes “Fabricated City” bears a more-than-passing resemblance to a 21st Century Korea via Google’s AlphaGo AI (artificial intelligence) program, along with the plethora of cyberspace hackers of late.  “Many young moviegoers would probably empathize with this movie.” 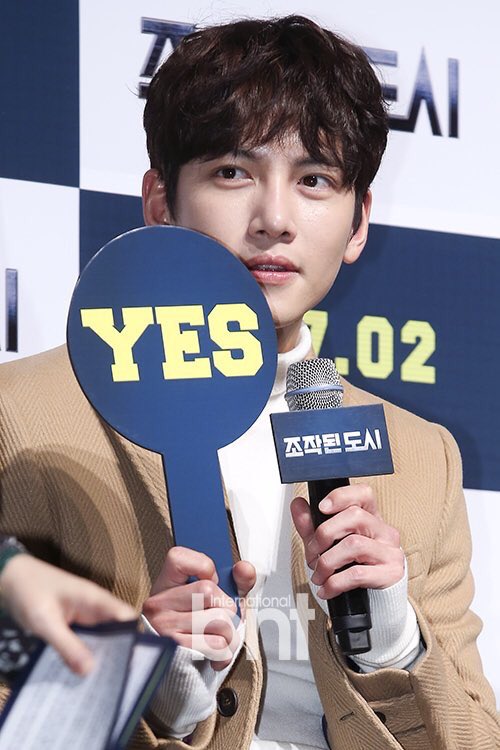 As we all know by now, “Fabricated City” will be released sometime in February 2017.  We look forward to seeing Ji Chang Wook on the big screen soon.  While we anxiously wait for the premiere date, enjoy the videos and photos taken during the press conference! 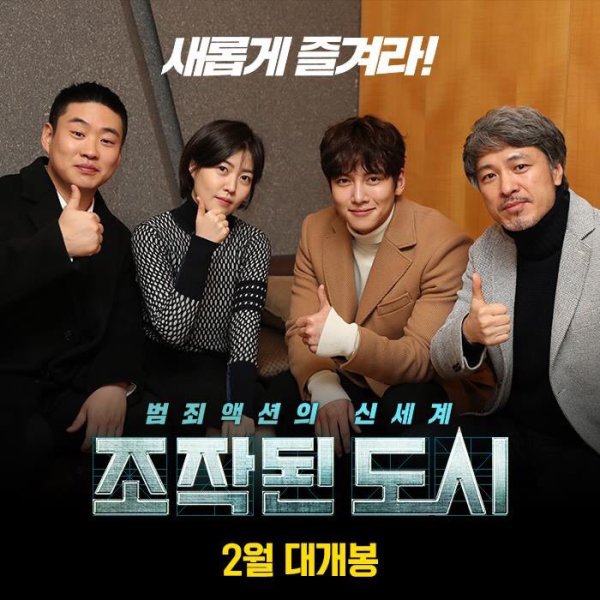