Just when we thought we have seen the last of his updates from Taiwan, we now have another one!!

This time, Ji Chang Wook will be featured in the latest issue of Taiwan’s Korean-idol-centric magazine “Trendy”. This is a bi-monthly magazine, so it is of no wonder that it took them so long to release this.

He will not be featured on the cover, but the inner pages will include an exclusive interview with him, a report about his Taiwan fan meeting and also highlights of his trip to Taiwan.

As you can see, that outfit is similar to what he has worn for other interviews in Taiwan, so this isn’t a recent interview. Rather, they interviewed him in his hotel room during the time when he visited Taiwan in September.

And here’s a video of him promoting the magazine:

The reporter who interviewed him that day couldn’t help but gush about him:

The day I met Ji Chang Wook for an interview ~~ the weather was really fine. In the interview room, the shine shone on him, giving a dreamy feeling. His sparkling eyes, his big smile and sincere words, make one really want to continue chatting with him. But because he had to proceed to the performance venue for rehearsal, I had no choice but to conclude this enjoyable meeting. Before Ji Chang Wook took his leave, he politely asked if he could take a copy of the “TRENDY” magazine we had placed on the table, and we told him he could of course! He smiled and expressed his thanks, then he personally took the magazine (his manager originally offered to carry it for him, but he waved his hands to say there was no need to), and went back to his resting area. Although it was a very small gesture, but to us, it was very heart-warming and caring. No wonder everyone likes him so much!

This Ji Chang Wook feature can be found in Issue 55 of TRENDY Magazine! 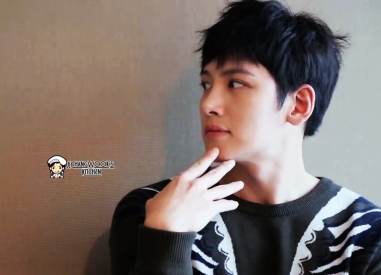 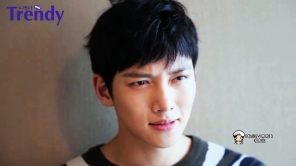 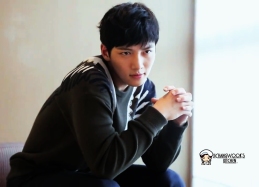