After a whirlwind visit to Hong Kong and getting mobbed by hundreds of fans, Ji Chang Wook is finally back in South Korea, hopefully enjoying some peace and rest. As for fans who did not get to see him in Hong Kong, no worries, as he will be making a couple of appearances on TV and print.

First up, he will be featured in MBC’s Section TV, most likely next week. Section TV emcee Park Seul Gi, who interviewed him previously when he appeared on the show, personally went to Hong Kong to interview him during his photo shoot for Dunhill. Her interview with him the last time was hilarious, and according to her, it will also be “interesting” this time!

Fashion editor Won Jong Myung was also in Hong Kong to work with Ji Chang Wook for his photo shoot.

According to him, Ji Chang Wook will be featured in the July issue of a major men’s fashion magazine in Hong Kong. I certainly find it strange that they should wait till July to publish their pictorial about him because that is so many months from now. After all, shouldn’t good stuff be served piping hot? I thought it could be a typing mistake, but the editor clearly stated again that it was the July issue in response to queries from the Korean fans, who seem equally puzzled. On a side note, Won Jong Myung previously worked with Ji Chang Wook for his pictorial in the June issue of “Gentleman Korea” magazine last year.

*Note: We’ve removed the name of the magazine and the photo as requested by the editor

Meanwhile (this is unrelated to the Dunhill event), Ji Chang Wook is the cover model for the March issue of Korean magazine “StarAZ (스타에이지)”. The magazine was released in late February but was sold out for a period of time, and it seems like it was restocked last week. The magazine includes 30 pages worth of pictures and interviews about Ji Chang Wook (total no. of pages in the magazine is about 106). 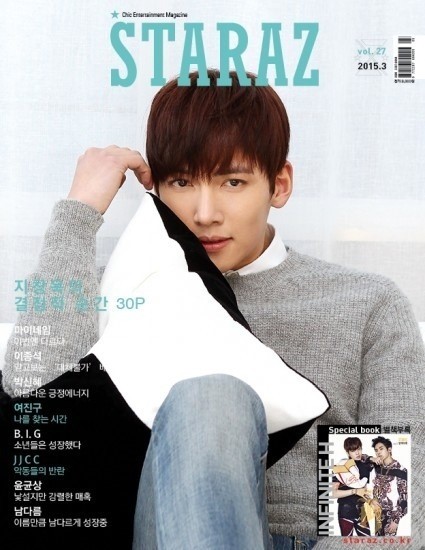